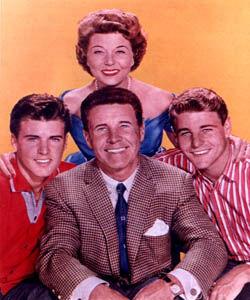 It was a shocking spectacle at the Grammy awards Sunday night. Clearly, the organizers of the awards ceremony were more interested in sending a social message than recognizing musical talent.

The event included a mass wedding of 34 couples, both gay and straight. This was an “in your face” promotion of a type of marriage that is forbidden in most of the country. While gay marriage is legal in 17 states, it has been approved by the voters in only three of them.

It is obvious that there is a massive campaign underway to accelerate the expansion of gay marriage to the other 33 states. Sunday’s ceremony, officiated by Queen Latifah, was just the latest attempt to force this agenda on the rest of America. No doubt witnessing gay couples being married on a live broadcast, in front of a vast viewing audience, was an affront to the millions of Americans who believe that marriage should be reserved for one man and one woman.

Gay marriage was not the only controversial feature of the Grammys. Beyonce performed a hyper sexualized routine with a chair that many parents complained was highly inappropriate. However, the most egregious aspect of the Grammys was the stunning performance by Katy Perry, who wore a Knights Templar cross, danced around a broomstick in a ring of fire, dressed like a witch and appeared to summon the occult during a very strange rendition of her song, “Dark Horse.”

Sadly, Perry is a daughter of a Christian minister who has rejected her roots in pursuit of her rather scandalous career. By attempting to mimic a satanic ceremony on national TV, Perry reached a new low point Sunday night at the Grammys.

Christian gospel singer Natalie Grant was so offended that she walked out of the ceremony. She tweeted “I've never been more honored to sing about Jesus and for Jesus. And I've never been more sure of the path I've chosen.” Undoubtedly Grant’s view was shared by millions of Americans offended by the spectacle they witnessed Sunday night.

The 2014 edition of the Grammys is only the latest effort by celebrities in the music industry and Hollywood to attack the traditional values most Americans. This left wing cultural attack is supported by President Obama and the liberals who populate the Democratic Party.

The onslaught against Christians and those who reside in the “red states” is non-stop on television, music radio, movies and the Internet. The agenda includes not just gay marriage, but support for the legalization of marijuana and amnesty for illegal immigrants.

Confronting this agenda is a very weak group of Republicans in Congress, who have been unable or unwilling to offer an alternative. Thus, the left wing cultural agenda is being implemented piece by piece.

The next big push from the President will come this year when “immigration reform” is foisted on the American people. This will include a “pathway to citizenship” for 12 million illegal immigrants who are in this country. Even Republicans in Congress are going along with this bill believing that they need to pass amnesty to attract votes from Hispanic Americans.

From our culture to the type of fare presented on TV and the movies, it is moving downhill very fast in our country. Americans who object to this type of material are viewed as homophobic, antiquated and are the subject of scorn from the media elite.

Undoubtedly, continuing down this path will eventually lead to the dissolution of the family unit and tear apart whatever social fabric binds this nation. Along with the disintegration of the family, we can expect higher crime, increased drug use, and more promiscuity among our youth.

America has come a long way from the 1950’s of “Ozzie and Harriet” and as we can see from the Grammys on Sunday night, it has been a rather unpleasant trip.