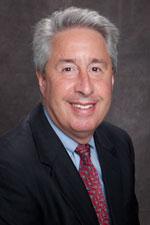 The National Basketball Association (NBA) All-Star game is approaching this month and will be played once again in New Orleans.

In part one of a recent Bayoubuzz Google Hangout interview, Fielkow discussed the organization, many of the upcoming events and an opportunity to be involved in all of the activities.
At the bottom of this page is a video showing an overview of the interview. Above that is a transcript of part I of the interview. For the most accurate narration, please watch the video itself.

The formal name is called the National Basketball Retired Players Association. We in essence,  are the official alumni organization for all a professional basketball world--largely NBA players but also ABA players WMBA and for women and the Harlem Globetrotters.
We have over 600 members from across the country. They all played professional basketball as its highest level.
And we really do two things: our- first mission is to help transition former basketball players to a successful life after basketball is done, so we do a multitude of programs in the areas of education, health, transition, financial literacy-- pretty much any program that an athlete might be interested in once their playing days are over. We're involved in with partners all over the country to help us, including Tulane University in New Orleans--is a great partner of ours.

And the second mission, that we have put a lot of effort to the last couple years is our community awards. What's nice about sports is that it's a great way to build bridges and bring people together and we use our basketball players to do great things in communities all over America. We do youth clinics in urban America almost every Saturday, we do mentoring programs with our players. We take them on goodwill trips across the world. Just came back from Haiti with a week of travel and goodwill there. I went to the Middle East last year given my background and some others who are in our organization. We have some New Orleanians in the organization.

We made our effort and desire and heart to give back to the city of New Orleans in a lot of ways and coming down for All-Star weekend is part of it. We'll be in the lower ninth Ward for a basketball clinic, will be at Federal City over the West Bank and doing hospital visits at charity hospital in New Orleans and a lot of other things. So we're really excited about the community mission.  we actually start programming on Thursday that week, the 13th and we do as you would imagine because it's like a Super Bowl All-Star week--big party for the basketball world.  We've got some social events, with our very nice gala at Harrah's, an opening reception in town.  You know what I'm probably most thrilled about is what we are going to do in the communities, again two basketball clinics, one on Thursday, one on Saturday. The one on Saturday in the ninth Ward is basically a half-day event; a youth Summit we'll working with Dillard on that will really talk to the kids very honestly about a lot of important topics, the basketball clinic as well, a big community event for the people of the ninth Ward. Will go to Children's Hospital will bring our players there. Will go to the West Bank.

So we're just trying to give back. Along with (inaudible) there's basketball Friday night, Saturday night, the game itself, so for basketball fans and for those people who want to be around some of the great athletes of the world.. great weekend in New Orleans. It will be wonderful to have over 125 of our legends to be down for the weekend. We get a lot of requests as to how we can get involved and to go to some the stuff, so we created and all access pass, in that is being marketed. It is $1000. It covers two people and basically for that you get into pretty much all the legends events during the weekend, certainly the Gala on Saturday night. It's going to be a great affair at Harrah's. We have a community breakfast on Saturday morning the players will be at all our youth clinics. So that will get you into all of that and the nice thing is that 50% of the proceeds go to NORD, go directly to the kids of New Orleans. They're excited to be partnering with us as our charitable partner so it's really easy and people interested-- we only have 100 of these so they are very limited but  anybody interested in getting one of the all access passes if you'll just either call the office which is 312-913-9400 or can email me at my email afielkow, a-f-i-e-k-o-w- @ legendsofbasketball.com, legendsofbasketball.com

More in this category: « New Orleans Mayor Mitch Landrieu might think twice about Louisiana governor run in 2015 Will Landrieu reconcile he must run for Louisiana Governor to beat Vitter? »
back to top