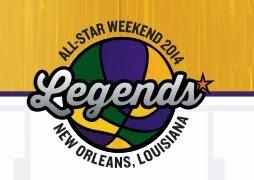 A group of researchers at LSU Health Sciences Center (LSUHSC) has identified a potential new treatment target for heart disease. The research, led by Dr. David Lefer, Professor and Director of the Cardiovascular Center of Excellence at LSUHSC, demonstrates for the first time “cross-talk between two protective signaling molecules during a heart attack.”
The researchers found that hydrogen sulfide and nitric oxide interact and “talk” to each other, and that this interaction protects cells during a heart attack. Dr. Lefer said that this study “has far reaching implications for the development of novel treatments for cardiovascular disease.”
According to the American Heart Association, “heart disease remains the leading cause of death in the United States,” with a new case of coronary disease every 34 seconds and a death every 1 minute and 23 seconds.

According to the College Board’s 10th Annual AP Report to the Nation, Louisiana high school seniors “are outpacing the nation in the increase of graduates scoring a 3 (signifying “qualified”) or higher on AP (Advanced Placement) exams and qualifying for college credit.” Louisiana also ranks third in the nation in the increase in the percentage of graduates taking an AP exam during high school.

The number of college credits earned by Louisiana high school students (grades 9-12) has increased by more than 1,000 from 2012 to 2013 - “the greatest individual increase in state history.” Enrollment in AP courses has also increased. The Louisiana Department of Education says that this development is a sign that “Louisiana is on track to being a leader in expanding college access to all students.” AP courses allow high school students to enroll in college-level courses and, upon taking a standardized AP exam, earn college credit.

Research shows that students taking AP courses are more likely to graduate in four years and have higher college GPAs, and increasing AP participation is therefore a crucial component of Louisiana Believes, “the state’s comprehensive plan to put every student on track to a college degree or a professional career.” The Department of Education is providing test fee waivers to enable low-income students to take AP exams. Recently, it has also trained 1,000 educators to teach college-preparatory courses. Expanded access to AP leads to cost savings in college for students and families.

The event will start with a community lunch from McDonalds at noon, followed by a youth summit conducted by Dillard university at 2 and a youth basketball clinic conducted by NBRPA, PAL, and National Urban League at 3. All events are free and open to the public on a first-come, first-served basis.

The NBRPA is a non-profit organization comprised of former professional basketball players from the NBA, ABA, Harlem Globetrotters, and WNBA.

Banyan Finance, LLC announces that they are expanding its marketing of the Banyan Casualty Medical Plan to medical service providers in areas with high concentrations of residents without health insurance in Texas, Oklahoma, and Louisiana. The Casualty Medical Plans particularly assists uninsured people injured in accidents that often require medical care beyond emergency room treatment. According to Banyan CEO, Ross Elgart, characterize these people as “Americans left behind by the Affordable Care Act” because they lack Medicaid coverage but are not eligible for subsidized health care coverage. According to data from the U.S. Census Bureau 2010-2012, 20% of Louisiana’s population (878,000) are uninsured.

ACCENT on Arrangements, Inc., a DMC Network Company, recently won an Association of Destination Management Executives International (ADMEI) Achievement Award for Best Innovative Event: Budget $100,000-$200,000 for a VIP media event held in New Orleans. This is ACCENT’s fifth ADMEI award since 2010. Diane Lyons, ACCENT president said that they “are thrilled to be honored by our industry for an event that highlighted the creativity, singularity and professionalism of our team as well as the uniqueness and hospitality of the city of New Orleans.”

Two days before Valentine’s Day, singles can now find a date for this year or the next through MicroStrategy’s new app Wisdom Places. Through this app, the user can find people in his or her area and filter results according to age range, relationship status, education, interests, and income  ranges.

Iberiabank Corporation and First Private Holdings, Inc. jointly announced today that Iberiabank is acquiring First Private via merger. The merger has been approved by both companies and is expected to close in the second quarter of 2014.

Alaska Airlines is starting a nonstop daily service between New Orleans and Seattle, Tampa, Fla., and Detroit, beginning on June 12, June 20,  and September 4,  respectively. The flights into New Orleans will leave the three cities in the morning, while the flights out of New Orleans will  leave in the afternoon.

More in this category: « Mary Landrieu gets powerful Senate Energy and Natural Resources Committee chair Rhea Suh and the new energy amid Mary Landrieu's chairmanship seat »
back to top