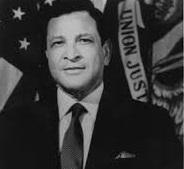 Today is a sad day for New Orleans, a city, which over its histories of hurricanes and oil busts, has suffered many sad days.

For the first time in the city’s almost 300 years, its chief executive, its mayor has been convicted of major crimes.  Today, a federal  jury in the US District Court of New Orleans, the city over which he presided for eight years--found former Mayor C. Ray Nagin, guilty of 20 out of 21 counts of corruption-related crimes.

The man, and the administration, who campaigned and who marched into public office pointing fingers at the prior administration, that of Mayor Marc Morial,  will soon be escorted into a federal prison.

Coincidentally, at least for me, I had scheduled a Google Hangout interview with Morial for this afternoon to discuss a more positive subject.  New Orleans hosts the NBA All Star game this Saturday and the organization over which he presides, the National Urban League is participating in a joint event with the NBA Retired Players Association, headed by another former New Orleans elected official, Council President Arnie Fielkow.

Obviously, given the circumstances--the announcement of the conviction--roughly an hour before the interview,  Nagin became a natural topic for discussion.

For years, Morial, has been pubically silent about Nagin's caustic and brutal attacks upon him and upon his administration.  He had also been quiet about the criminal allegations and then charges against his successor.

In part I of my multi-part series with Marc Morial, the former mayor shared his concern for the city and his own personal disgust over the recent legal developments.

In later parts of the interview, Morial continued to talk about Nagin, the NBA event, Louisiana politics and the challenges facing the Urban League and urban communities.

Bayoubuzz: Marc Morial, Mayor Marc Morial, former Mayor of New Orleans and now President and CEO of the Urban League. Marc it is really terrific seeing you again even if it's virtual.

Morial: Hey Steve, let me thank you, I want to congratulate you  on all of the success of Bayoubuzz. You understood the Internet and its capabilities, you understood technology when very few people did and it was you who conducted those classes on the "Internet for Lawyers" that i took as a CLE activity.  I don't recall the year but it was a while ago and a lot of kudos to you and it's always good to be able to connect with people not only virtually, but connect back with the people of my beloved Hometown New Orleans.

Bayoubuzz: Now as far as the beloved hometown, there's, I guess, not a lot of love lost right now, some people are very very happy, quite frankly,  I see on the Internet all over regarding the conviction of your successor C. Ray Nagin. Obviously it's a very sad moment and I am just wondering how you feel about it.

Morial: it's a sad day for the city of New Orleans, it's a tragic day for Ray Nagin and his family but Steve--justice has absolutely been served.  The federal prosecutors and the investigatory agencies with the judge and jury, I think carried out and fulfilled their responsibilities and their duty.

Ray Nagin and I don't think anyone knows has never been a favorite of mine and so much of it stems from the way he entered office..a man with his right hand man Greg Meffert who were riding the back of a tiger,  pointing fingers, making promises about how they can do things better than anyone in effect saying we are the king of the world.   I think what we see now is as they came to power to loot,  to steal, to self deal and the lesson in all of this is a lesson about elective office, that  it's a public trust, it's a public service, it's not a business.  It is not an enterprise.  It's not something that one should take benefit from, so it's a sad day for the city but I have confidence in the people of the city to be able to turn the page and move beyond this difficult chapter

there's an NBA All-Star game coming up, there's tremendous work to be done to continue to rebuild neighborhoods...their's the excitement of the 300th anniversary of the city in 2018--all of these, to not to mention many other things on the plate of the city of New Orleans.  And i think people will turn the page and move beyond this tragic and sad chapter as Ray, you know, spoiled the office and the institution of Mayor.  it is always been an important office since the founding of the city.  He stands below as the only mayor in New Orleans's almost-300 year history to have been even indicted and now convicted of corruption and crimes.