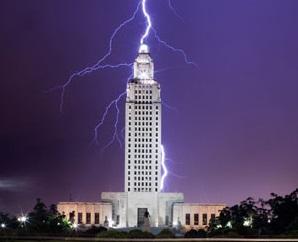 Tuesday’s Baton Rouge Advocate did not deliver good news to Gov. Bobby Jindal. Does he have a budding revolt on his hands? (In other states, this is known as “legislators thinking for themselves.”)

Does the small spark of independence we’re seeing portend a difficult legislative session for Jindal this spring?

Here’s why there may be some cause for concern (or celebration, depending on one’s point of view):

In a front-page story about the growing costs of the state’s TOPS program, Jindal’s handpicked House Education Committee chairman, Steve Carter, implies that nothing will change with the state-funded college tuition program until Jindal quits taking orders from the widow of late Louisiana oilman Patrick Taylor.

Another problem is that TOPS, in its current form, has one very strong supporter in Phyllis M. Taylor, chairwoman of the Patrick F. Taylor Foundation, which supports issues ranging from educational projects to law enforcement causes throughout the state.

“Ms. Taylor has the ear of the governor,” Carter said, adding that the issue might get more traction when a new governor takes office in January 2016.

“We have to find a governor that prioritizes higher education,” Carter said. “The governor is the key … we have an opportunity as a group to make sure the candidates who run for governor list higher education as a top priority.”

If Jindal’s sorry history of not brooking dissent within his ranks is any guide, it’s likely that Carter will soon be known as the “former chair of House Education Committee.”

He may no longer have a committee to chair, but at least Rep. Carter has his self-respect back.

Republished from his site.