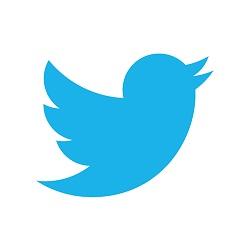 Is former New Orleans Mayor C. Ray Nagin going to have another day in court after being convicted last week on 20 out of 21 counts in the federal court, in a case that was reported around the globe?

A past scandal  involving the Times Picayune/Nola.com online commenters just might be resurfacing once again in federal court in New Orleans.

As a result, things are getting "more curioser and curioser" every day, even making its way onto twitter, where some of the principals in the case are conversing.

The scandal apparently is giving Nagin reason to tweet and a top reporter, who had covered the Nagin criminal matter from the very beginning, to reply to the ex-Mayor, via twitter.

WDSU TV had featured this growing story Tuesday night.  The news segment raised the prospects that Nagin could be the beneficiary of federal prosecution improper practice because of comments by an FBI agent using the handle "thewizard".

Gordon Russell, now reporter for the New Orleans Advocate and the former writer for the Times Picayune responded to Nagin's tweet with the following:

@RayNagin @wdsu Mr. Mayor, if you subscribed to the Advocate, you'd have known who "thewizard" was a month ago.

So, what did the Advocate write about “thewizard” a month ago?  A quick search discovered a Dec. 18 article by Russell, stating in part:

Wilkinson mentioned the alias in an 11-page order rejecting a request by defendant Stacey Jackson for access to the so-called “Horn report” — the report by Atlanta prosecutor John Horn on his investigation into possible misconduct by Justice Department employees in the Danziger case that revealed some of the online commenting.

Jackson, the former head of New Orleans Affordable Homeownership, a city-funded nonprofit program, is facing charges that she took bribes from contractors she hired to work for the program. She and her lawyers have tried to make hay from several posts about the NOAH scandal penned by Perricone, using the moniker “campstblue,” including one written in a clumsy attempt at black dialect.

While Wilkinson did not explicitly say that “thewizard” was the FBI agent in question, he noted that Horn’s investigation in 2012 came up with a list of 11 “suspect commenters.” That list that was published by The Times-Picayune after Horn requested information about them.

Wilkinson noted that only one of the 11, “thewizard,” was identified as a “government agent.” Engelhardt has previously said that the FBI agent was the only federal official known to be involved in the commenting hijinks, apart from the three prosecutors.

Further, days ago, Russell further reported on the continuing controversy writing about the federal Judge Wilkinson now reviewing the issue:

In his new ruling, Wilkinson said that is enough reason to proceed with the inquiry into the identity of those two commenters, although he said he would never ask nola.com to reveal, for instance, “the identity of every person who ever commented about Stacey Jackson and/or NOAH on nola.com.”

He also wrote that, having read the Horn report, he is not satisfied that all of the questions regarding the commenting scandal have been answered.

For instance, he noted that Justice Department investigators had a “sufficient factual basis” to ask the newspaper for more information about 11 specific nola.com commenters in late 2012. But “the investigators simply ‘deferred’ their request for this information in response to The Times-Picayune’s resistance and made no subsequent attempt to enforce the subpoenas,” he wrote, even after one of the 11 commenters, “thewizard,” was revealed to be an FBI agent.

The Times-Picayune can appeal Wilkinson’s order to U.S. District Judge Mary Ann Vial Lemmon, who is presiding over the Jackson case.

The newspaper’s lawyer, Lori Mince, said The Times-Picayune is still weighing its options.

Whether the court will rule in any way that any post, including those of “thewizard” contaminated the Nagin case is a separate issue and one that many court followers and former New Orleans mayors will eagerly await.

For sure, this story has legs and we can follow it, at the minimum, on The Advocate" on WDSU and yes, especially, on twitter.

COMMENT ON THIS COLUMN BELOW--IF THE FBI AGENT WROTE ABOUT THE NAGIN CASE, SHOULD THE VERDICT BE OVERTURNED?