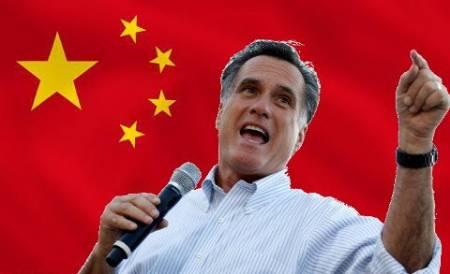 this has been a hell of a bad week for republicans. no one can wreck the gop like the gop can:

-it’s been disclosed that even now, today, willard mitt romney is making millions of dollars outsourcing u.s. workers’ jobs to china, closing an illinois factory to pursue cheaper labor and excess profits in communist china; what’s worse, adding insult to injury, the displaced workers are being compelled to train their chinese replacements before they get sent to the welfare lines.

-it was revealed that a group of gop congressmen on a fact-finding visit to israel engaged in a drunken skinny dipping incident in the sea of gallilee, led by the naked congressman kevin yoder. how’s that for family and religious values, not to mention great foreign relations strategy. apparently the delegation didn’t know that dipping their bare teabags into the same place where jesus walked on water is considered bad form.

-but mitt and congressman yoder both can thank republican congressman todd akin of missouri for knocking their greed and stupidity off the front pages. according to senator akin, rape ain’t necessarily rape, and if it is rape, then rape victims likely won’t get pregnant, because women’s bodies have special secretions and ways to “shut that whole thing down.” and this morally repugnant imbecile wants to be a senator.

but let’s go back to mitt, because you should get caught up on the news about the guy at the head of the gop bat-mess crazy train. let me catch you up.

this isn’t old news; this isn’t innuendo. this is actually happening, right now. in the city of freeport, illinois, the company that mitt romney created, bain capital, is closing down the sensata technologies plant and moving it to china. why? because romney and bain can make more money getting cheap communist labor to do the work, that’s why.

just so we’re clear: the business isn’t losing money, it’s very profitable, bain admits. but vulture capitalists can’t resist the lure of near-slave-labor wages in a dictatorship, when compared to the jobs, lives and families of american workers. it’s a matter of priorities.

freeport’s mayor george gaulrapp has stated publicly, "he [romney] is running for president. these people felt it was hypocritical that he was with bain capital, he organized some of the processes, and now he's touring the country saying we need to keep jobs here in the united states. and yet for a long time, he made a lot of profits by tearing companies apart and sending them overseas."

romney apologists say that mitt isn’t in charge of operations at bain any more, that a management team handles the business. translation: they do the dirty work, mitt profits as majority shareowner and founder. to think this deal couldn’t be squashed by mitt is disingenuous at best, and profoundly arrogant at worst.

so now, the employees of sensata and their families will be thrown into the unemployment lines, where teabaggers will call them lazy bums on welfare and food stamps, and decry their need for support as socialism. because that’s what teabaggers do best: blame the victims of people like bain capital.

the freeport city council has sent a resolution to romney and bain, begging them to reconsider taking american jobs away. the council has received no response.
mitt romney has told americans he’d be a job creator. he just failed to mention that those jobs would be in china and once belonged to americans.

no one knows exactly how many millions romney will make off this one case of screwing american families. it’s left for us to guess. mitt’s kind of sensitive about releasing such information. after all, in his words, it’s none of our business.

More in this category: « Pay-to-play Louisiana government boards, commissions too costly It’s Romney and the economy, not Ryan or stupid Republicans »
back to top