The unfortunate saga of Marigny homeowner Merritt Landry continues as an Orleans Parish Grand Jury refused to decline charges against him. While they did not indict Landry, he remains in legal limbo. With the grand jury concluding their deliberations, the Landry case will be presented to the next grand 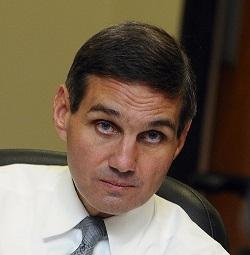 jury that is convened.

His legal status may not be determined for another few months. In fact, the Orleans Parish District Attorney Leon Cannizzaro has six years to bring charges against Landry. Such a delay would truly be cruel and unusual punishment for a man who is only in the media spotlight because he was protecting his family.

At 2 a.m. on July 26, 2013, Landry was awakened by an intruder in his locked and gated court yard. The trespasser was 14 year old Marshall Coulter, who his brother labeled a “professional thief.” Of course, Coulter was in violation of the city’s curfew and was trespassing on Landry’s property in the early hours of the morning.

Upon hearing Coulter and obviously startled, Landry was worried about his pregnant wife and young child. He exited from the front of his house and yelled at Coulter to freeze. Sadly, the troubled young man made a sudden move toward his waistband. Landry was threatened and from a distance of 30 feet shot Coulter once in the head, severely wounding him as a result.

Landry was arrested by police and booked on attempted second degree murder charges. Police claim that the unarmed Coulter did not pose a threat to Landry. However, it cannot be denied that Coulter was intruding on private property at 2 a.m., just a few feet from the back door of Landry’s home.

Ever since the incident, Landry has been free on bond while Coulter needs assistance to eat, drink and walk and is recovering from his serious injuries. While everyone should pray for Coulter’s recovery, it does not excuse his criminal behavior that night.

Because Landry is white and Coulter is black, there are racial factors which have served to heighten the temperature of this case. Dueling protest rallies have been held in front of Landry’s home, prompting him to vacate his home for a safer environment for his family.

Besides facing charges and a loss of his freedom, Landry was placed on unpaid leave by the Historic Landmarks Commission of the City of New Orleans. He was without income for four months, until having his job restored on November 23.

Obviously, until this case is settled, Landry and his family will be living under a legal cloud. It will be continual stress for this young family, not knowing what the next grand jury will do.

It is time for District Attorney Cannizzaro to announce a decision on this case. After almost seven months, there has been plenty of time for a thorough investigation.

It is high time to set Merritt Landry free and end this nightmare. This case should end so a law abiding citizen that was protecting his family on his property can resume his life in peace.

More in this category: « The GOP race to demonize Obama The energy surrounding Louisiana Mary Landrieu's new chairmanship »
back to top