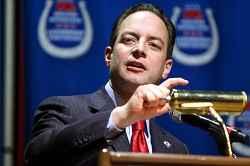 Today, the Republican National Committee announced the names of the cities bidding for the 2016 National Convention in 2016. The eight cities are Cleveland, Cincinnati, Columbus, Denver, Dallas, Kansas City, Las Vegas, and Phoenix.

Numbers from the 2012 Presidential Election