Graves, a candidate to watch in Louisiana 6th Congressional District 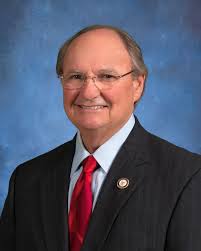 The entrance of Garett Graves likely rounds out the field of competitive GOP candidates for the Sixth Congressional District contest, probably does the same for Democrats, alters the campaign tactics of some other candidates, and may introduce politics into the state’s process of grappling with coastal restoration.

Graves, who will run as a Republican and who until recently was the head of the Louisiana Coastal Protection and Restoration Authority, brings a skill set to the campaign unmatched by any other candidate. As part of that previous gig, he was based in Baton Rouge but had plenty of opportunity to interact with the coastal areas of the district (it doesn’t stretch all the way to the water, but it gets close). With most of the district within 25 miles of the Mississippi, coast, or other major waterway, given the relationship that flooding has with coastal issues, he knows a number of area officials. Plus, his work many years ago for former Republican Rep. Billy Tauzin in what was then that district can’t hurt. In a geographical sense, no other candidate can match his contacts.

The same goes for potential volunteers, endorsers, and donors. His appointment by Gov. Bobby Jindal and good working relationship with him for six years ensures that Jindal supporters will review his candidacy favorably. Yet his work on Capitol Hill for Tauzin and Democrat former Sen. John Breaux not only will bring him some support from out of state as well as in it, but it also means he can make inroads among non-Republicans. As a bonus, reactions about his tenure at the CPRA from the environmentalist community on the whole were good, even from some of the most extremist organizations involved.

Only two questions pop out on this résumé. First, he has never run as a candidate, but his considerable experience working around them for his bosses probably minimizes any potential drawbacks from inexperience. Second, his conservative credentials are unknown to the public, but that he also worked for Sen. David Vitter – with Jindal the most powerful politician in the state who could nudge support his way and would be the candidate Vitter would endorse if he gives any such thing officially – and his initial announcement of candidacy touched upon themes likely to appeal to conservatives, such as controlling the ballooning federal government spending over the past five years, opposition to the basic statist theory behind the misnamed Patient Protection and Affordable Care Act, and concern over stifling economic regulation. If he can campaign expanding on those, he can lock in the necessary critical mass of the conservative segment of the electorate necessary to win.

He also appears in the announcement to take a stab at the issue of increasing dysfunction in Washington that helped along Rep. Vance McAllister in his special election win to the north last year. His potential to put together a coalition of enough conservatives and non-Republicans attracted by his experience, interpersonal relations at all levels of government, and initial sounds about making Washington work better, combined with his acceptability to some segments of the political left, his geographic reach, and capability to raise money make him a difficult candidate for other contenders to rein in.

His entry spawns several implications for the contest going forward. To start, no other competitive Republican will enter, for the dwindling space for such a candidate, already to the point of becoming insufficient to support that kind, has just gotten sucked up. On good terms both with Jindal and Vitter, it minimizes the chances to win of someone like Public Service Commissioner Scott Angelle or Family Research Council Pres. Tony Perkins. However, his entrance makes for an apocalyptic scenario for Democrats given his potential adequate non-Republican appeal. Just as the air has gone out to support another major Republican, so has it for any (if any exist that are electable) moderate Democrat in the district. The only Democrat now that even could make a runoff would be the unelectable kind, such as any of a dozen or so black elected officials or Prisoner #03128-095.

Therefore, expect GOP candidates who can to emphasize their conservative credentials in order to differentiate themselves from Graves upon whom they will try to paint as too moderate and/or willing to compromise, which may mean a rightward tug to the race. Perhaps best positioned to do this is businessman Paul Dietzel, who already has amassed a war chest and endorsements from conservative interests what will keep him in the upper rank of candidates. By contrast, this is the second leak to develop in the balloon representing the candidacy of the only currently-elected official in the contest, state Sen. Dan Claitor (who self-inflicted the first one) who now finds Graves taking part of his Capitol/downtown Baton Rouge crowd base and stealing part of his crossover potential that exceeds his potential with conservatives.

Finally, in the Legislature interests backing the likes of Claitor, or who cling to Democrat hopes, or perhaps even some conservative Republicans who might be suspicious of Graves, may turn the CPRA’s annual plan, usually the subject of next to no debate in the body, into a political football. As Graves was the major influence in its writing, subject to board approval, opponents of his could heat up debate and criticism of to create a proxy conflict hoping to degrade his candidacy.

Given all these dynamics, it’s tough to argue that Graves isn’t the man to beat. Of course, a poorly-executed campaign can scuttle quality candidacies, but on the basis of what he brings comparatively to the contest, at this point Graves looks to be the likeliest winner of the bunch.