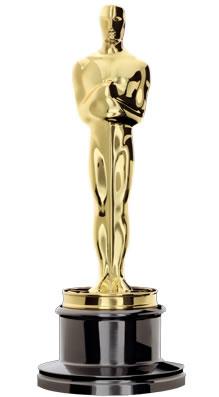 This article was written prior to the Academy Awards Ceremony.  Bayoubuzz Note: Oscar winning, Best Picture, "12 Years a Slave" and winner of 4 Oscars, Dallas Buyer Club received film tax credits for being filmed in Louisiana.

Tonight, the Academy of Motion Picture Arts and Sciences will present its Academy Awards to the filmmaking industry for 2013, giving Louisianans another chance to cogitate on whether the hundreds of millions of dollars the state forgoes annually in motion picture tax credits really is worthwhile.

Two years ago, the state was honored with a product from its own studios – funded in part by these state incentives which in most common form kicks back 30 percent in credits to investors (different kinds of payments for other related activities allow a different percentage to be received) – with an “Oscar,” but this year, even if no homegrown product made any shortlists, the state’s connection in dollar terms will be more substantial. Two nominated films are in line to receive the credits, which could be worth as much as $8 million.

In practical terms, that means that these credits, some of which may be used by the producers, but the majority of which typically are sold at a discount to Louisiana persons with relatively high state tax burdens, will vacuum that much out of revenues that could go to the state. This means fewer services get rendered by the state and/or taxes must rise to fund otherwise furloughed services, while subsidizing the making of movies that allows many wealthy interests to profit and gets funneled to jobs that average over $10,000 than the overall average for jobs in the state.

If the amount paid out came back to taxpayers in terms of revenues generated by the state for the activity, this would be unobjectionable. But since the program started, it never has come close, returning roughly one dollar for every seven spent and in the last year for which there are data (2012) cost about $12,000 an estimated job (both direct and indirect) created (but in terms of directly-created the cost is three times that, and many go to out-of-state residents). A separate report last year by Louisiana Legislative Auditor Daryl Purpera concluded through 2008-12 $800 million went out the door with roughly $120 million coming back. It’s little wonder, as one legislator once lamented, that at this rate soon more will be shelled out for making movies than on state general fund spending on higher education.

Purpera made the program one of the highlights of the annual report made by his office, that this year revealed billions in state revenues forgone over the past few years because of tax exceptions like this, accentuating its high amount and low rate of return. The report is to provide information for policy-makers in the upcoming legislative regular session, but the information regarding tax exceptions is a moot point since the Legislature constitutionally is barred in this session from removing or reducing any of these. Thus unaltered the film subsidization will continue for at least another year.

Or three. Next year, with elections around the corner, legislators from the three areas that represent the vast bulk of credit-taking activity – New Orleans, Baton Rouge, and Shreveport – will be loath to incur the wrath of the special interests profiting from the credit and even those who posture as fiscal reformers will show instead they have feet of clay and will prevent any majority from coalescing to reduce the credits (much less gain the two-thirds majorities to wipe them out). Then comes even-numbered 2016 with the same prohibition as this year. So it may not be until 2017 something gets done, that no doubt leaves 2018 as the first year it could be implemented, with perhaps by then a billion more bucks out the door in these credits.

So, Louisiana readers, pat yourselves on the back if any films drawing upon state credits win tonight. Because for the overwhelming majority of you who are net payers in money or services forgone because of this law, that’s all you’ll get in return.

More in this category: « Are Louisiana GOP leaders united behind Medicaid Expansion rejection? Hey, Louisiana: Medical Marijuana Commercial Rolls Out in New Jersey »
back to top