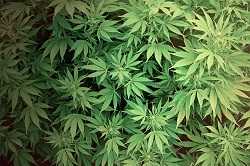 Today, New Jersey television viewers could watch the first commercial for a medical marijuana service on a major U.S. network. Comcast, a system that includes A&E, AMC, FOX, CNBC, CNN, COMEDY CENTRAL BRAVO, DISCOVERY, and several other channels, is airing a commercial for MarijuanaDoctors.com, a website aimed to build a bridge between patients who need medical marijuana and doctors who prescribe it.

CEO of MarijuanaDoctors.com, Inc., Jason Draizin, stated that it was extremely satisfying to secure the airtime for the commercial. He said: “We recognize that the sale and use of marijuana is still considered very controversial and we are pleased that Comcast understands that there are legitimate businesses providing legitimate and legal services to people who have legitimate needs...To date, we've helped thousands of patients connect with proven and trusted doctors who can recommend medical marijuana.”

The purpose of the commercial is to stress the importance of consulting a doctor (and not a drug dealer) for patients who suffer from documented medical conditions that qualify for medical marijuana in their state of residency. MarijuanaDoctors.com does not promote casual or recreational use of marijuana, but it does believe that the drug is a proven treatment for various conditions.

According to an Advocate article, medical marijuana is legal in Arizona, Delaware, Hawaii, Illinois, Michigan, Montana, New Hampshire, New Jersey and New Mexico. It is legal and simple possession of marijuana has been decriminalized in Alaska, California, Connecticut, Maine, Massachusetts, Nevada, Oregon, Rhode Island and Vermont. Recent statements by Gov. Bobby Jindal, however, have given hope to Louisianians hoping that their state will be the next to legalize medical marijuana. Jindal has said that he “continues to be opposed to legalization of marijuana,” but that he'd be open to “making [medical marijuana] available under very strict supervision for patients that would benefit from that.”

Louisiana's medical marijuana law was passed in 1991 and opened for medical marijuana treatment for patients suffering from glaucoma, chemotherapy treatments, and spastic quadriplegia. However, the required rules and regulations never came into play, so the current law is therefore unusable.

Read more on The Advocate and PRWeb.

Bayoubuzz Note: In a request for a Bayoubuzz interview, the spokesperson for MarijuanaDoctors.com replied, "MarijuanaDoctors.com is an online booking service for patients to secure appointments with doctors for use of medical marijuana for palliative care in states where it is legal to do so; it is not an advocacy organization and does not comment on prospective or pending legislation in individual states."

As the article reflects, Louisiana is not a state that has implemented medical marijuana. The commercial rollout is in New Jersey. The spokesperson said further, "The website provides background information for the 22 states and Washington, DC regarding access to medical cannabis. It also has background information regarding the states where medical marijuana is not available, such as Louisiana, so that patients and doctors in those states, as well as other residents, may be up to date.

To make the interview most relevant to your audience, it would be best to schedule it when Louisiana has taken legislative action on the issue of access to medical marijuana."