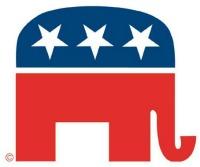 Louisiana Republican Party Chairman Roger Villere issued the following statement to party members regarding the rules and dates associated with the upcoming delegate elections and selection of delegates for the upcoming Presidential primary.

The Republican National Committee met in New Orleans on Friday and cleared the way for states like Louisiana to bind delegates to presidential candidates according to the results of presidential
primaries. This ruling confirmed our ability to move forward under our current rules.

The RNC has also ruled that Louisiana must conduct delegate elections in its six new congressional districts instead of the seven current districts. This action deprived our state of three additional
delegates that we feel we are entitled to. We were disappointed by this decision.

Regardless, it is now time to move forward with our delegate selection process.

Louisiana voters affiliated with the Republican Party on or before December 15, 2011 are eligible to participate in the caucuses.

Caucus voting will be conducted between 8:30 a.m. and 12:00 noon. Any qualified voter who is in line at noon will be allowed to vote. Voters are not required to stay for a meeting in order to vote. Voters will elect 25 delegates and 12 alternates from their new congressional districts. Each person may cast votes for up to 25 candidates for delegate and up to 12 candidates for alternate.

In order to run for state convention delegate or alternate, candidates must qualify with the Republican Party of Louisiana. There will be two methods of qualifying. Those who desire to qualify online may do so on April 10-12, 2012. Online qualifying will end at 5:00 p.m. on April 12th. Names of candidates who qualify online will be listed online so
that they may verify that their registrations have been received. Those who do not want to register online and those wishing to pay for one or more candidates by check may deliver registration forms and checks in person on Tuesday, April 10, 2012, between 1:00 p.m. and 5:00 p.m. at Republican Party of Louisiana Headquarters, 530 Lakeland Drive, Suite 215, Baton Rouge, Louisiana.

The registration fee for a candidate for state convention delegate is $200. The fee to run for alternate is $75. Qualifying forms and caucus locations will be published in the weeks ahead.

Voters will be assigned to one of approximately 30 voting sites across Louisiana. In most cases, entire parishes will be assigned to one site. At some sites, voters from more than one congressional district
will vote. When voters sign in, they will be provided the appropriate ballot for their congressional district. Voters are required to provide a photo ID in order to obtain a ballot. Voter registration
cards are not required for check in, but we encourage voters to bring one in case there is any question about their eligibility to participate.

Thank you very much.

More in this category: « Q and A with Pinsonat: Jindal, Landrieu, Vitter, legislature, elections New Orleans's Village of Idea, interview with Tim Williamson--Part I »
back to top