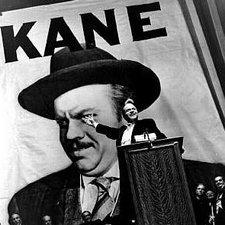 Prisoner #03128-095 has announced he's back in action, and state Democrats cling to the dubious hope that the tradeoff of forfeiting the Sixth Congressional District to the GOP in the service of redemption and ego-boosting can pay off with a statewide win.

Why this is happening is the convergence of a community of interests, and neither has to do with his ability to win. For Edwards, it’s a matter of getting enough attention for what he sees as redemption. Even as he continues to show he has absolutely no redeeming character by refusing to admit to and ask forgiveness for his known betrayal of Louisiana by the criminal activities that landed him in jail, as pitiable as a human being as he might be, it got worse when he was trotted out for national ridicule in the delusional pursuit of grandeur and increased self-esteem engineered by his latest wife in the form of a (poorly-received) reality television show. If there was any time one could feel sorry for the exploited wretch, it was then.

And that seems to have registered with the sap who must feel, with the ridicule delivered from his betters in character concerning his boorish behavior generally and specifically his orange-jumpsuit period, that wasn’t the way he wanted to go out, and figured before his increasingly-unsteady gait got worse and (hopefully not) he became too doddering he could try, once again, to present himself as a serious individual that could bring him the adoration and attention for which he has craved his entire life. If he could recreate this illusion of self-worth and relevance, sublimating whatever inner demons may haunt him that remind for all of his posturing he remains a weak coward, he believes he can replace true redemption that comes from making amends and striving to put his neighbor ahead of himself with a faux variety built upon self-deception that makes his self-worth dependent upon votes instead of from the actual love of others from what they see in you by your choices that make you a lovely person worthy of being loved.

And this Citizen Kane-style task of reaffirmation finds a partner in a far more self-aware set of Democrat leaders, who understand they cannot win the district and therefore feel comfortable in delivering up a sacrificial lamb instead of pretending any quality Democrat exists who can win. Just like The Blob, not only does Edwards’ ego stultify those around him, its political manifestation in a campaign setting leaves no room for any other competitive Democrat in this theatrical production.

But party leaders have faith that the sideshow can have a positive spillover effect on the fortunes of Sen. Mary Landrieu, the last standing statewide-elected of Democrats at this juncture distinctly in trouble in her reelection bid. By having Edwards slightly down the ballot, it’s hoped his past preternatural ability to attract votes can rub off on her fortunes in the Baton Rouge area. It’s why the few serious among them are willing to hold their noses and let the attention whore have his way with them one last time.

Regardless of the fact that today’s district never was fertile ground for Edwards. The parish with the largest registration, almost half of it, is that part of East Baton Rouge not apportioned to the Second District. Second-most registration goes to the whole parish of Livingston, which brings the two of them together up to 61 percent of total registrants. In neither has Edwards done well in the past (and keep in mind the historical East Baton Rouge figures include areas of higher concentrations of likely Edwards voters now not in the district). For his five contests (1971, 1975, 1983, and 1987 general elections, 1991 general election runoff), statewide he grabbed, in order by percentage, 57.2, 62.4, 62.3, 27.9, and 61.2. In the two parishes (weighed), he drew about 35, (I don’t have the data for 1975) 60, 14, and 61.

The lesson is when he has a quality opponent (1971, 1987) he lags and quite badly in most of these two parishes – an opponent he appears to have in the form of Garret Graves and possibly others. In a district of above average wealth and whose electors typically are better educated than the state as a whole, unless you’re a patronage-monger (a reward not really available as a member of Congress as opposed to being governor), it’s historically been hard to sell Edwards’ act – and now, 23 years after his last statewide attempt, in a district much less friendly to Democrats as a whole than it was then.

So it’s disputable whether Edwards does anything for Landrieu’s chances. Which leads to a revelatory conclusion about this mistaking of nostalgia for strategy: Louisiana’s Democrats truly are in a desperate situation, both in the district and statewide.