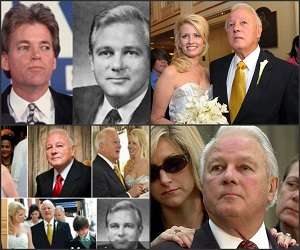 Since his comeback announcement on Monday, Edwin Edwards has received a lot of local and national media attention. As the election campaign of the former four-term Louisiana governor and convicted felon proceed, this attention will undoubtedly increase since Edwards is both controversial and popular and known for his frisky statements. Bayoubuzz will be covering the Edwards campaign in multiple channels:

This page is dedicated to Edwards-related information and news. In addition to polls and videos, the main feed shows recent articles, both from Bayoubuzz writers and other media sources. In this feed, readers can comment and discuss the articles. The site also features a side-bar feed with relevant tweets, both from Bayoubuzz and other users.

This Facebook page features a video of the recent webcast with Bayoubuzz publisher Stephen Sabludowsky, Jeff Crouere, Jim Brown, and Tyler Bridges. Users can stream future webcasts or Google hangouts discussing Edwin Edwards from this site. Furthermore, there is a discussion thread in which users can respond to and discuss the videos and find links and comments posted by Bayoubuzz.

The Rebelmouse feed features a variety of sources and is constantly updated. Here, users can find articles, both by Bayoubuzz writers and others, Facebook posts, and tweets. While many of the posts focus on Edwards, other issues related to politics are also featured. Users can like, repost, and share. Currently, the top story is Edwin Edwards's best quotes.

“While we surely are not endorsing Governor Edwin Edwards for US Congress or for any other position, we believe his legacy for better and for worse is with Louisiana for ever,” said Bayoubuzz Publisher Stephen Sabludowsky. “Our goal is to curate that legacy’s content for our present and future readers.”

More in this category: « Edwin Edwards, the Silver Fox Is Back in the Ring French Quarter Fest Highlights: Dr. John, World's Largest Jazz Brunch »
back to top