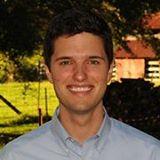 The most recent pearl of wisdom from Edwin Edwards, recent poll numbers, and LABI's stance on Louisiana lawsuit reform; these are the latest news in the local political sphere.

The recent polls have Edwin Edwards, the new candidate for the Louisiana 6th Congressional District as a favorite although there is a question whether he can win in a conservative district.
The quipster, former Louisiana governor and convicted felon doesn’t take his candidacy lightly.  He’s after each vote he can get, even if it might be two.  Also, if there is no way he can expunge his record or reverse his roughly ten years in prison, at least, he will try to make fun during his run for D.C.

John Bel Edwards
The campaign to get John Bel Edwards elected as Louisiana Governor in 2015 is now working hard to to introduce Edwards to all corners of Louisiana. According to a recent internal poll, 21% of voters said that they would vote for Edwards (26% would vote for David Vitter; 9% for Jay Dardenne).

Paul Dietzel
According to the Dietzel campaign today, Paul Dietzel currently has the greatest chances of winning the sixth district in the congressional election in the fall. The result of the internal poll, released by the Dietzel campaign this morning, shows that Dietzel is ahead 43%-34% in head-to-head with Edwin Edwards and 18%-17% with Sen. Dan Claitor. Previous to this poll, another one conducted by Edwards lobbyists showed Edwards winning 43% of the vote in the primary, followed by Claitor at 20% and Dietzel at 19%. In the head-to-head section of this poll, Dietzel was not included.

LABI-Trial by Jury
LABI (Louisiana Association of Business and Industry) announced that it supports House Bill 917 and Senate Bill 273 to lower Louisiana's $50,000 jury trial threshold for civil cases to zero. In paraphrasing LABI’s latest newsletter:
Louisiana's $50,000 bar is the highest in the country and 28 times higher than the national average. While the American Constitution guarantees a citizen's right to tiral by jury when his life is on the line, the Louisiana Constitution does not guarantee the same in civil trials. This system allows trial lawyers to "judge shop" to make a favorable attempt for their clients more likely. In turn, it encourages the filing and settlement of lawsuits under $50,000. Today, less than 2% of all civil lawsuits in Louisiana receive a jury trial. There wasted resources on unnecessary lawsuits and settlements hurt Louisiana residents, who have, for example, the most expensive car insurances in the nation. LABI believes that "fundamental improvements to our legal foundation are necessary to maintain a strong business climate." Louisiana ranks 7 nationwide on the Tort Activity Index, 49 for our lawsuit climate, and 2 on the Judicial Hellholes list. Therefore, a lawsuit reform that limit frivolous lawsuits and increase citizen access to a civil trial by jury is crucial to the state's development.

More in this category: « Woosh: Vitter Twitter jams on Koch Patriotism Jindal's de Blasio Blast Is Creationism Without Education »
back to top