Alex Andreae on JFBConnect, Social Media, and the WWW Future 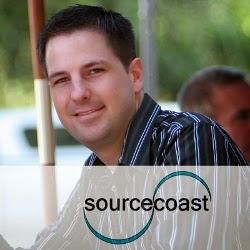 On March 12, I conducted a video interview with Alex Andreae, CEO of Sourcecoast Web Development, to discuss the company’s product JFBConnect.

JFBConnect is one of those products which interfaces social media with the more traditional  technologies--blogs and websites.  As more web sites and blogs are dependent upon social media for site stickiness, the Sourcecoast product is a joomla content management extension that helps glue the social media and web publishing worlds together.  for added measure, it acts as a vital key that opens up the door connecting the visitor’s social media profile to the site or blog for quicker and easier flow of information.

Here is a transcription of the interview:

Sabludowsky: Thanks a lot for participating with BayouBuzz.com. You know, I'm a great fan of your product, I really am. So if you don't mind, why don't you tell us: what does your Facebook connect try to do? It is probably a Joomla! product, also K2, but what exactly does it do?

Andreae: The elevator pitch basically integrates social networking into your website. Initially, it started as a way to authenticate, let users log in, and at that point it was only for Facebook. But nowadays you can let users log in and register, using Twitter, Facebook, LinkedIn, and Google, and there's more coming on the way. With that, you can you import some profile information. They already have an avatar and a cover photo on your site. It's a way for users to access your site quickly without having to go through 30 forms, come up with a new password and username and all these things that they don't want to have to do just to engage with your site and get in there and be part of your website and your community.

There are a lot of other features for deeper integration where you can actually post back to their Facebook wall or post to Twitter for them and do different things like that, but the main thing is letting the users access and engage in your site in a much more quick fashion and feel like a part of your community quicker than they would otherwise.

Sabludowsky: What do you think is the most important feature in terms of social media that you believe that everybody needs to have on their site?

Andreae: I think just the authentication is most import feature everyone can have, especially if you're running any sort of e-commerce type site. If you're selling anything...the whole purpose of e-commerce is to get the person to see your product and be able to buy in as few steps as possible. And once you put up a registration form that asks for their name, their address, gender, and all these things, and creating a username and a password on your site, they're not going to remember in two months. You're just putting up a wall that is going to take away 20% of your conversions, at least. By you letting them register through Facebook or any of those other social networks, it is one click. They know their credentials when they return, and they do not have to fill out 90% of the information that you normally ask from your other users. Whether e-commerce, you're selling something, or commerce as far as advertising and you want user engagement, authentication is the most important thing you can put on your site. And that's what we have focused on for five years now.

Sabludowsky: That feature has really become...I mean, you see it a lot now; it's rather ubiquitous now, but a year ago it was not.

Andreae: Sure. And that's why it's catching on. Our first release of our product was in 2009 when Facebook wasn't even as popular as it is, I mean, it wasn't even as well known in half the population. So we've definitely grown up with it, and there's been a lot of teething issues along the way. We realized early on that it was going to be growing into what it was, or at least social networking in general. We've been excited to be along for the ride the whole time.

Sabludowsky: One last question: who can use your product? Is it anybody with the website?

Andreae: Right now we only cater to the Joomla! CMS, which is a PHP content management system. It works on almost any hosting account out there, but you do need to have Joomla! installed. Once you have Joomla! installed, we work with the most popular extensions out there. Obviously we integrate with Joomla! itself for content, articles, and those types of things. But we also integrate with JomSocial and EasySocial and K2, which is another content extension, EasyBlog and a dozen others; the most popular extensions out there for deeper integration. We work with all extensions, but we have some deeper integrations with a select few, about a dozen.

Sabludowsky: Right. So the really great thing about that is that if you decide to use those particular extensions, basically, because their integrated, a visitor is able to go to, say, your site, and would therefore be able to go and use JomSocial, Kunena, or whatever other extensions that you are referring to.

Andreae: Sure, and for things like JomSocial, getting more audience to your site is always very important. One example: if users log in using Facebook and then they go to their JomSocial albums, their photo albums, and they upload a photo, it can automatically post to Facebook that they uploaded an image and to your site with the link to the image and whatever caption they put in there. It's automatic; there's not a checkbox or anything like that. So it's automatically pushed to the user's Facebook account, which immediately draws in their friends' attention, which then increases user engagement and spreads the word organically about your site. It's free, and it's just an easy thing to do. So it's one of those things where not only then do those users have an easier way to access the site, but hopefully they go out and start promoting your site more, too.

Sabludowsky: So actually this is my last question. On the 25th anniversary of the World Wide Web today, where are we going to be in the next 25 years?

Andreae: I have no idea. I can't even tell you what next year's going to be. I certainly couldn't have told you five years ago when we started working with social networking. MySpace was not dominant at that point, but it was sort of up in the air who was going to be the winner. It's impossible to guess what's going to be happening in five years and certainly in 25 years.  Hopefully, I'll still be around and having fun working with it at that point.

Sabludowsky: Thanks a lot.