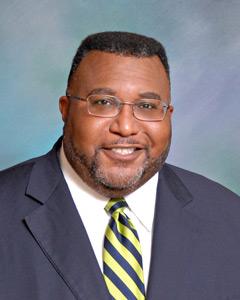 What about the 4th District?
All of a sudden, the Democratic Party seems alive and well in the Pelican State. It has a candidate shaking up the 6th District Congressional race and potential 2015 gubernatorial candidates doing well in the polls.

And in the 4th Congressional District, which includes most of northwest Louisiana, the political rumor mill is running red hot over a potential candidate to oppose incumbent Republican U.S. Rep. John Fleming, who is seeking a fourth two-year term.
The name being mentioned is Democratic Shreveport Mayor Cedric Glover, who is finishing up his second term as the first black mayor of the city.
A top Louisiana Democratic Party official was in Shreveport last week, but it is not being revealed whether he was here to talk with Glover. Both are being coy over the situation.
There is speculation that the Democratic Party is looking for congressional candidates to enhance the voter turnout for Democratic U.S. Sen. Mary Landrieu, who is locked in a tight race with three Republican opponents, the major one being U.S. Rep. Bill Cassidy.
Glover is term-limited and cannot seek another term as mayor. And his entry into the 4th District race could accomplish the objective mentioned above.
It would be difficult for him to compete money-wise with Fleming, who has deep pockets and nearly $700,000 in his campaign war chest at the end of 2013.
The 4th District is considered a conservative one. Here are the voter registration stats:
There are 470,349 registered voters. Of that total, 63% are white, 33% are black, and 4% are other races.
By party affiliation, 48% are Democrats, 29% are Republicans, and 23% are Other Parties.
On the other hand, a recent Rasmussen poll reveals that only 7% of likely voters think Congress is doing a good job.
More disturbing for members of Congress in an election year is that just 22% think their representative is the best person for the job, and only 29% believe he or she deserves re-election.

Glover weighs in...
In response to the rumor, Glover issued the following statement exclusively to the Fax-Net:
“I am flattered and humbled by the overwhelming number of folks who have encouraged me to run for Congress. I am equally impressed by the wide spectrum of individuals, people from practically every demographic imaginable, who have offered to help, assist and support.
“My response has been, and is still, that there is still considerable work to be done in my present capacity. So I'll be focused still on fixing our streets and other infrastructure, securing jobs for our people, broadening our economy, elevating the quality of our higher education offerings, and continuing the effort to drive down our crime numbers from their already historic lows.
“Because of the great respect I have for those who believe that I could make a difference in DC, I have agreed to at least keep an open mind regarding the possibility. The one thing I am sure of is that the people of the Fourth District deserve a choice, as well as a vigorous dialogue, regarding the challenges and opportunities within our region and who can best advance and protect our interests in the U.S. House of Representatives.”