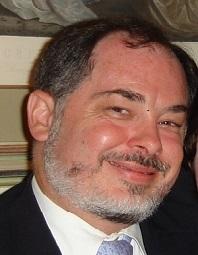 This morning, Bayoubuzz publisher Stephen Sabludowsky joined radio host Jeff Crouere and Quin Hillyer, a native New Orleans writer who has written a series of pieces about Gov. Bobby Jindal in The Advocate and the National Review. Yesterday, he published the column “Jindal Takes the Stage” in the National Review.

The interview was webcasted live on Bayoubuzz.com, on Facebook and on Google plus.  It was part of a series of live webcast interviews with WGSO’s Crouere and Bayoubuzz’s Sabludowsky.

Crouere began by asking Hillyer about the national response to his column. Hill answered that the lack of response to his column proves that Jindal has some work to do. Many people in the National Republican Party and the conservative movement think highly of Jindal, but he hasn’t developed enough buzz as a presidential candidate. After the negative impression he made with his response to the State of the Union address in 2009, he has been working hard to recover and raise his profile again.

Crouere’s (and that of many Louisianians) concern is that Jindal is being paid to be the Governor of Louisiana - not a presidential candidate. According to Crouere, New Orleans is facing a crime crisis,  and there are a host of problems in the state legislature. Jindal should be in Baton Rouge addressing these problems. Hillyer, however, does not share this concern fully. He doubts that Jindal is ignoring Louisiana; he also pointed out that Louisiana is doing phenomenally well overall. He said that the economy is booming, the educational attainment is going up, and industrial recruitment and development is going well. Given these signs, Jindal must be doing something right.

Sabludowsky, on the other hand, does not think that Louisiana is doing as great as Jindal is saying. Economically, the state have made great gains, but most of it is down the road. Residents are not seeing it at the moment. Also, part of the reason why the state has done so well is because of Katrina funds - funds that are now drying up. Furthermore, the national energy and liquid gas prices have affected states such as Louisiana and Texas positively. However, in terms of other criteria - healthcare, standard of living, and education - we’re still at the very end, Sabludowsky said. He said he had been talking to people in the job market, including recruiters who are trying to find jobs for others in major industries, and they claim to not see this positive development. Maybe it is present down the road, but not today. Therefore, Jindal needs to do more than simply promoting Louisiana well, which Sabludowsky says he does including in a recent CNBC appearance.

While doing research for his Jindal articles, Hillyer interviewed heavyweights in the conservative movement. Crouere was curious to why they all rated Jindal so highly? Hillyer credits the unemployment and job growth numbers telling that Louisiana is doing well. The conservatives look at these numbers, point to conservative policies implemented in the state, and make a connection. They see a success story, and Jindal is the man behind it.

Brian from Metairie was the first caller in the radio show. He wanted to discuss Jindal’s absence from local media. He said that if you make a couple of phone calls to local radio stations, they will tell you that they’re still looking for a Governor who went on a tour and never came back. Yet, Jindal is receiving positive reviews by the national media. Why this disconnect? Crouere’s guess is that figures in the national conservative movement do not know that Jindal shuns local media. They see him doing great on Fox News and like him, but they do not know that he doesn’t give local media the same attention. Hillyer agrees with Brian in that Jindal is not sufficiently present in the local media. He believes that Jindal can take credit for some of the positive developments in Louisiana, but he hasn’t been out there to tell the story. He has been inaccessible and should be criticized for that. Hillyer relates this absence to Jindal style, not his substance. Nevertheless, he hopes and believes that the Jindal administration is starting to open up again, not only to the national media, but also to the local media. They realize that they have stumbled and are trying to adopt a new attitude.

Sabludowsky weighed in on the issue of Jindal’s style. Unlike Hillyer, he believes that it is related to Jindal’s substance. From the beginning of his career as Governor, Sabludowsky argued, Jindal has been saying one thing and doing something else. Obviously, this inconsistency creates a credibility problem, but the national media has not picked up on this yet. According to Sabludowsky, Jindal has been traveling around the nation and “dissed” Obamacare and stimulus. For example, when he returned to Louisiana, he showcased that the state is spending money on important projects. However, he never said from where the money was coming; Bayoubuzz later broke the story that it was stimulus money. Louisianians have seen examples of this inconsistency and lack of credibility over and over again including Jindal’s writing a book during the anxious moments of the BP oil crises although he told the public he was not going to write a book.

Before continuing the discussion, Hillyer wanted to emphasize that he is not just a Jindal cheerleader. He acknowledges that major loopholes exist in some of Jindal’s reforms. Yet the reforms represent a positive change. For example, the ethics reform didn’t solve all problems completely, but Jindal certainly made it more difficult for politicians and officials to be corrupt. It is not all that it was cracked up to be, but it constitutes an improvement.

Again, Sabludowsky expressed his disagreement with Hillyer. The exceptions that Jindal carved out in the ethics reform make the whole reform look suspicious, he said. The reform is just another example of Jindal being inconsistent. It started, according to Sabludowsky, with his very first speech when he became Governor. He said he would put the state first, but instead, he has put himself first. Sabludowsky also noted that there are some who believe there are no real gains in education reform as noted by a column it has recently republished on Bayoubuzz.com which reveal that the charter school voucher program has problems.  He also said that according to the respected surveys Louisiana remains at the bottom in healthcare and in quality of life.

Sabludowsky was not the only person during the radio show who disagreed with Hillyer’s opinions. A caller, James from Metairie, was merciless in his criticism of Hillyer’s columns. He said: “I am not sure whether your column is a reflection of your incompetence or just a piece of propaganda designed to deceive the unknowing American public. The headline, ‘Jindal Takes the Stage,’  is the only factual part of your column. The rest is fiction. The subheading should have been ‘Six and a half years of wasted effort in Baton Rouge.’” James wanted to discuss higher education. He pointed out that seven hundred million dollars have been removed from the state’s higher education budget since Jindal became Governor. Among other things, this cut has caused faculty loss at LSU and thus loss of research dollars. James then cited a headline from the Baton Rouge Advocate from January 15, 2014: Louisiana Public Schools Back to 49th in Academics.”

In his defense, Hillyer first pointed out that there’s a difference between fiction and different arguments. Therefore, he did not want to be accused of fiction simply because James disagrees with him. Hillyer admitted that he is not very familiar with the higher education situation and therefore did not write about it in his columns. But he knows that there was an inflow of federal money after Katrina (and BP), and that money increased the state’s budgets unnaturally. Now that the money is drying up, the administration has to cut the budgets, including the higher education budget. If you compare the numbers from seven years ago and the current numbers, they are not that different. The higher education dollars have simply dropped from the unnatural peak created by Katrina and BP money.

Crouere ended the program by asking Sabludowsky to respond to Hillyer’s comments.  Sabludowsky thanked Hillyer for appearing and for the quality work over the years and said he had great respect for Hillyer’s work and is happy Hillyer is writing for The Advocate.  The Bayoubuzz publisher also said he has asked LED and the workforce commission to provide info to him that he could provide to our audience about the availability of jobs and other economic development advances but the departments have not responded to the requests.

Crouere finished by stating it is a shame since Sabludowsky would be trying to show the positive the state and the Jindal administration is doing and to provide valuable information to the public.

Log in and tell us what you think about the webcast

More in this category: « Edwin Edwards Ahead in Poll; Sen. Landrieu Banned from Russia Car NOPD, New Orleans Police Department, where are you? »
back to top