Car NOPD, New Orleans Police Department, where are you? 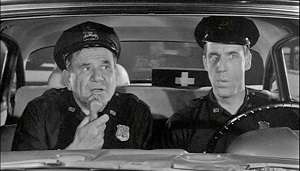 A recent incident in Uptown New Orleans should concern every law abiding citizen of the Crescent City. At 2 a.m. on the morning of March 16, the Bice family, who live in the Riverbend area, was awakened by the sound of their dog barking. An intruder was trying to break in to their home.

Understandably frightened, the family immediately began calling 911 to plead for a police response. After five attempts calling three different numbers, they were finally able to get their call answered. Even worse, it took an amazing two hours for police to arrive. Fortunately, police did not respond to a rape or murder, only an attempted home invasion. Nevertheless, the results could have been catastrophic for the Bice family.

According to the most recent FBI crime statistics, 38% of assaults and 60% of rapes occur during home invasions. In this case, the barking dog was thankfully able to ward off the potential home invaders.

This case demonstrates once again that New Orleans citizens cannot depend on the police for protection. According to the American Police Beat website, the national average police response time for a high priority 911 call was 11 minutes, 11 seconds. This is way too slow, but it is amazingly swift compared to two hours.

Of course our problem is easy to identify, but difficult to address. The NOPD is woefully understaffed and unprepared to combat this serious crime epidemic.

Since Mitch Landrieu became Mayor, the NOPD has declined in strength from 1600 officers to approximately 1150 officers today. Every week more officers are leaving and there are few if any new recruits to take their place.

This leaves few officers available to respond to 911 calls in cases of emergency.

Due to the police manpower crisis, citizens in New Orleans need to take their own steps to provide safety for their families. Common sense measures include purchasing enhanced home lighting, security systems, and cameras. While some families feel safe with a guard dog, others may want to take the additional step of purchasing a firearm for protection.

Fortunately, the Bice family was alerted by their dog in this incident; however, they will not be taking any chances in the future. They have purchased a firearm so they next time someone tries to break in to their home; they will not be totally unprepared if they have to wait 2 hours for the NOPD to arrive.

More in this category: « Webcast: Jindal on the Stage, Quin Hillyer talks National Review article The Good, the Bad, and the Ugly Government Paternalism »
back to top