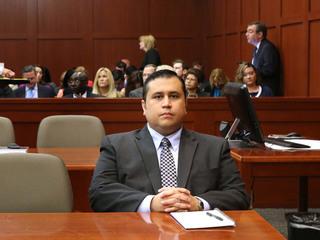 The arbiters of race relations believe that no one of color should dare possess an independent thought or take a contrarian position. Thus, all African Americans must believe in the Democratic Party and liberalism. If not, you are demonized and harassed and as evidence, witness the treatment of Supreme Court Justice Clarence Thomas or Dr. Ben Carson.

In the great cultural debates of the day, all African Americans must support “justice” for Trayvon Martin and believe that George Zimmerman was fueled by racism when he shot the 17 year old Floridian.

This type of warped thinking extends to celebrities, especially African American celebrities. They must hold firm to the liberal line and emphasize the racial injustice and discrimination that exists in our country today.

Fortunately, not all African American athletes subscribe to this type of racial poison. In an interview with The New Yorker, future NBA Hall of Fame guard Kobe Bryant discussed the Trayvon Martin incident.

He said, “...if something happens to an African-American we immediately come to his defense? Yet you want to talk about how far we’ve progressed as a society? Well, we’ve progressed as a society; then don’t jump to somebody’s defense just because they’re African-American. You sit and you listen to the facts just like you would in any other situation, right? So I won’t assert myself.”

So, unlike the players for the Miami Heat, Bryant did not wear a “hoodie” to support Martin. While he certainly did not support George Zimmerman, Bryant refused to join the chorus of athletes condemning George Zimmerman. He insisted that the behavior of the Heat players showed not racial solidarity, but a lack of “progress.”

This stance is not revolutionary or “conservative,” it just displays plain common sense and fairness. Sadly, Bryant’s interview has unleashed a torrent of criticism from civil rights activists and other guardians of racial animosity. Bryant has always been viewed with suspicion by some African Americans because of his upbringing in Italy. According to NFL Hall of Fame running back Jim Brown, Bryant is “somewhat confused about culture, because he was brought up in another country.”

Oh really, when did being exposed to foreign countries lead to confusion? In reality, such experience helps a person become well rounded, educated and cultured. In this instance, Bryant is not confused; he just wants to judge situations on the basis of the facts, not race.

If more people adopted such an attitude possibly race relations would not be in such a precarious state today. Instead, in our political environment, race hustlers like Rev. Al Sharpton have tremendous influence and use the liberal media to foment racial conflict.

Sharpton is assisted by politicians like President Obama who has not improved race relations at all. In fact, he promotes racial animosity in America by interjecting himself into situations like the Martin case and the Cambridge, MA police incident involving Harvard Professor Louis Gates.

As President, Obama should be a symbol of unity and racial harmony; however, instead of bringing Americans together, the President specializes in division and turmoil.

In the interview, Bryant rejects racial groupthink and says he “won’t react to something just because I’m supposed to, because I’m an African-American.” What he is advocating is individualism and free will, dangerous concepts to the race hustlers and political panderers who dominate the spotlight today.

In response to his critics on social media, Bryant posted on his Instagram account a picture of Dr. Martin Luther King, Jr. along with the icon’s famous quote, “I have a dream that my four little children will one day live in a nation where they will not be judged by the color of their skin, but by the content of their character.”

More in this category: « Louisiana's Cassidy, Obama's Crimea: Words and actions have consequences Blanco, Roemer, Edwards back common core for Louisiana »
back to top