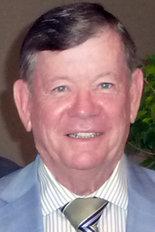 In the past, the poll was conducted by Southern Media and Opinion Research. This year, it was conducted by the Republican-based Magellan Strategies of Baton Rouge. The pollsters questioned 600 likely Louisiana voters and asked them to share the their thoughts on elected officials. Here is a summary of some of the results of the 5th annual poll.

All the numbers are rounded up or down to the closest integer. For the exact numbers, see the original document.

US Senate Race: 2014
The poll indicates that voter participation in Louisiana is high. 99% said that they vote most of the time or all the time in statewide elections for US Senate, Congress, and Governor.

64% defined themselves as “very interested” in the upcoming US Senatorial election. Sen. Mary Landrieu is up for election for the fourth time this year. A majority, 56%, said that they want a new Senator to replace Landrieu, while 34% believed that she deserves to be reelected.

In spite of these numbers, more people would vote for Mary Landrieu than any other candidate that emerged at this point in time. When given the choice between Landrieu, Bill Cassidy, Rob Maness, and Paul Hollis, 39% would vote for Landrieu. 26% would vote for Cassidy. However, a large number, 28%, were undecided.

Governor’s race: 2015
David Vitter is the most popular candidate (28%), closely followed by Mitch Landrieu (27%). The other options were Jay Dardenne (13%), John Kennedy (9%), and John Bel Edwards (5%). 20% were undecided. Landrieu has not given any indication that he would run for the top state position and said during the recent New Orleans Mayor’s Race, he would not run.

In a Presidential election in which Bobby Jindal and Hillary Clinton would be the two candidates, 40% said that they would vote for Clinton, while 45% preferred Jindal.

While most of the voters have heard of Jindal, Landrieu, and Vitter, other prominent potential candidates for office are more unknown to them. 23%, 35%, and 48% had not heard of Jay Dardenne, Bill Cassidy, and General Russel Honoré, respectively. However, an overweight of the voters who had heard of them, had a favorable impression. Honoré has not indicated that he would be running for office although his name was polled. He has been involved in leading the environmental movement in Louisiana.

“This is a plan to standardize what students are taught in most schools across the United States, while allowing local teachers to develop the curriculum. The standards are designed to ensure graduating students are ready for college or prepared to get a job. These standards are clearly defined so parents, teachers and students understand what is expected.”

Based on this description and what they previously knew about Common Core, 41% and 40% said they were supportive and opposing Common Core. 19% were undecided.

A majority of the voters, 61%, believe that current course requirements in K through 12 education in Louisiana are not strong enough for our students to compete nationally and internationally.

Recently, LABI (Louisiana Association of Business and Industry) announced that they support a proposal that individuals and businesses being sued for $50,000 or less have the right to trial by jury. 61% said that they are in favor of this proposal, while 27% oppose it.

73% answered that they have the same health insurance as before the law and that nothing has changed with their coverage. However, 43% of those impacted by the healthcare law (27%) answered that their deductibles and out of pocket costs are higher now than they were before the law.  Of the 27%, 15% were not able to keep the same doctor and/or clinic. 5%  said that Obamacare enabled them to buy health insurance, while 9% said that Obamacare enabled them to buy a more affordable health insurance.

Notably missing in the poll were questions related to pre-existing condition coverages, out-of-pocket caps which are major benefits of the healthcare law.

Almost half of the voters said that Louisiana is heading down on the wrong track. However, in terms of the nation, the numbers are even more bleak. A whopping 68% said that they think the country is heading in the wrong direction.

Karen Jensen assisted with the writing of this article.

ABOUT MAGELLAN
The following links found on the Internet might be helpful in evaluating the poll. Although there are some major discrepancies, overall, it appears that the findings are not that inconsistent from various recent polls:

RON'S COMMENT: Louisiana has an open primary with all candidates running. If no one gets a majority, the top two, regardless of party, run it off in December. Landrieu's average open primary percentage in two public polls taken in January and February (one a Dem poll, one a GOP poll) had her at 43%.

RON'S COMMENT: This is an open primary next year. Incumbent Jindal is term limited. The total percentage in this poll for Republican candidates is 50% and 31% for Democratic candidates.