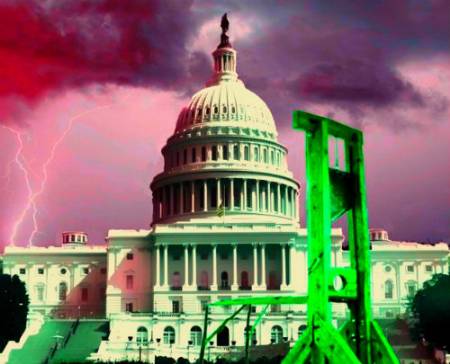 Since the catastrophic launch of Obamacare and the slamming TV spots sponsored by the Koch brothers, Mary Landrieu’s popularity has plummeted. Her favorables are now, according to the Grigsby poll, 41%. On the other hand, 38% of the people in the poll did not know who her main opponent, Bill Cassidy, is. Landrieu’s Senator race, corporate funding of political campaigns, and the recent Supreme Court’s rejection of campaign funding limits were the discussion topics of this hangout with Stephen Sabludowsky and Jim Brown.

Sabludowsky: So far, and going into the fall, the election has been the Koch brother versus Landrieu. I think those are the candidates right now. There's an extraordinary amount of money that has come in to slam Mary Landrieu. Obviously, when she was in the 50s, she was the most popular politician in Louisiana. Now, her favorables are in the low 40s. That's really what has turned it around, as well what happened during the first couple of months of the Obamacare launch.

Brown: We can't emphasize enough the importance of this election. It is very possible that the control of the US Senate and the definition of the Obama presidency the next two years could ride on who wins the Louisiana State Senate race. You mentioned the Koch brothers. We're going to see an enormous sum of money, both on the Republican side and the Democratic side coming into Louisiana in the coming months. By August and September, we're going to be so sick of the TV spots. They're going to be negative, and they're going to be slanted in a way so that some innocuous group that has nothing to do with one party or the other can go ahead and persuade a handful of votes to make a difference.

Sabludowsky: Taking off on that, I understand that the Koch brothers are going to endorse an actress for US Senator. That was a joke because of their commercial where they have an actress who's saying that she doesn't like politics but that Obamacare is not about politics. Yet she's an actress paid by a bunch of people who want to put politicians in office.

Brown: I was impressed with the spot. I thought it was well done. The Koch brothers are very wealthy brothers who have made money in the energy industry and a number of other industries. We're talking about multi-billionaires who are going to spend a lot of money and bring a conservative slant to what's happening in Washington DC. They are one of several groups; there's a guy named Sheldon Adelson who's a huge gambling magnate, worth about 30 billion dollars. He spent 100 million dollars in the last election. A couple of weeks ago, he had a little gathering out in Las Vegas, and all the Republican candidates just flocked there to pay him homage. Some of these high-rolling players have decided that they want to get in. It's almost like there are several primaries now. There's the Adelson primary and the Koch brothers primary. These recent Supreme Court decisions have opened it up where mega wealthy individuals can have a massive impact on politics. And it's not just Republicans; on the Democratic side, Mayor Bloomberg, former Mayor of New York, is spending a great sum of money. There is a George Soros, a very wealthy entrepreneur from the West Coast who's spending a lot of money on behalf of the Democrats. What's happening is as if we are irrelevant. If you're in Louisiana, all you get is maybe the right to show up and vote. But we've lost control of all of this money coming in from all over the country.

Sabludowsky: Actually, we're going to do a hangout soon to discuss whether or not there should be a constitutional amendment to limit this. I don't see how corporation is a person, which was basically the underpinning of the Supreme Court case allowing this massive amount of money to come in. I think that that would be the only way that democracy could get back into the political process. We've lost it. Let's talk about the poll a little more. 38% of the people do not know of Cassidy. Mary Landrieu has dropped down significantly in the last year, largely because of Obamacare and this outside money. Anything else you want to mention about this?

Brown: I've found this question interesting: "Regardless of your political party, which party represents your political views?" 52% Republican, 35% Democrat, neither 8%, and undecided 5%. It shows that even if these numbers are off 3-4%, Louisiana is still looked on as a conservative, Republican state. A red state, if you will. Again, that gives a huge plus to Landrieu. She has always just squeaked out her reelection efforts among some run-of-the-mill opponents. No one stood out particularly. Now you factor in for her that she has to defend the President, who's so unpopular down here and Obamacare that's so unpopular. She has never had to deal with those two factors before. That's why, if she's watching this right now, I would tell her to get back home and forget being the big shot energy chairman. Get back home and take care of  your politics; right now, they're not selling very well.

Sabludowsky: I agree with that. What we know is that she is the Chair of the Energy Committee. We talked about that during the last hangout. Can she get away from that position for the next couple of months? Obviously, they are going to have summer break and election break. But how much can she get away from Washington DC?

Brown: If she doesn't, she's going to be the shortest lived Chairman of a Senate committee ever. She's going to have it for a couple of months, and then she'll be looking for something else to do with the rest of her life. Right now, her back is against the wall, probably more so than the other Democratic Senators in the country.

Sabludowsky: I think there are a lot of Democratic Senators who are in a big hole right now, for a lot of different reasons.

More in this category: « SLFPA-E Attorneys offer to tear up fee contract on wetlands--in your court Red State Kisses off RINO McAllister in Vitter-Land »
back to top