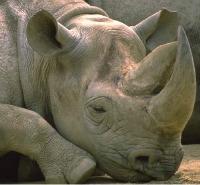 If I were Red State, I would be “red-faced” over this column.
In his Red State “diary,” Daniel Horowitz has written an opinion piece entitled “Time to Kiss RINO Vance McAllister Goodbye.”
This column has made the rounds on Twitter with a number of tweets appearing to voice approval of the message.
So, what is that message?

Vance McAllister, the rookie US representative from Louisiana’s fifth congressional district, needs to be replaced.
Why? Here’s my overall take on the inner minds of some of those devoted and true “Red Statesmen”:
The Republican Congressman, who has befriended the quacky Robertson Duck Dynasty bunch, does not really have the bonafides of true conservatism as proven by his RINO - as in “Republican in name only” - voting record and by his behavior both at work and at play.
As the world now knows, McAllister, only weeks after being elected as the most-recent holier-than-thou Bible-thumping politician, has been revealed through a clandestine video tape to a be a hornier-than-thou elected-official. As a result, he does not measure up to the pristine conservative standards already lowered by hypocrites who always seem to bring God’s forgiveness into their public apologies.
Fair enough. The guy doesn’t meet the moral standards of conservatives, so he must go.
Well, kinda.
Apparently, even worse, there is another reason Vance McAllister needs the ax, even if he is not bobbitized by his wife.
The way I read Horowitz and others who appear to espouse this line of thought-- McAllister does not measure up in an more important way—he is a RINO.
Apparently, horrors of horrors, McAllister is not reading Jindaleese and the Republican orthodoxy on Obamacare and Medicaid expansion.
In Louisiana and in true Republican Red State land, this is a sin beyond apology. One can pray to the Lord, ask for forgiveness and get the wife’s understanding and support, but in the minds and eyes of the orthodox true believers of those god-given conservative principles, you’re a gonner if you don’t adhere to the political mandates of party and platform.

From the diary of a Horowitz, or perhaps “Ripley’s I cannot believe this guy, can you?”:

One would think that we’d have the ability to elect conservative Republicans to R+15 districts in this day and age, especially in a special election scenario. Yet, last November, Vance McAllister managed to slip through the net and win the special election in Louisiana's Fifth Congressional District.
Electing conservatives is not just about finding people who will vote the right way. It is about finding those with the moral fabric and strength of character to serve as a voice for our causes and a defender of the constitutional republic. It goes without saying that our elected officials need to live and act in accordance with conservative values, not just talk the talk. We will never win the hearts and minds of those who don’t fully share our values by electing Republicans who violate them.
Earlier this week, a video surfaced of Vance McAllister, a married father of five, engaging in intimate contact with one of his married female aides. Sadly, this is par for the course in Washington, but it only took this Republican one month to join the culture.
Now, in McAllister’s case, indeed his voting record is also part of the equation. He has never even pretended to be a conservative. From day one, he made it clear that Obamacare is here to stay and that he would oppose any efforts to defund it. He passionately supports the Medicaid expansion, which has now created a population of people dependent upon subpar government care larger than the population of the U.K.
He was barely sworn in as a new member before he announced his support for full amnesty and citizenship for illegal aliens, even as Obama continues to break our borders and engender a new wave of illegal immigration. And in just four months, McAllister has a 41% score from Heritage Action.
It’s time to kiss McAllister goodbye.

Yep, there you have it.
In the minds, the eyes and the hearts of the real card-carrying conservative Republicans, who cherish family values, moral fiber, character and those things so very important in life and politics, you cannot stray if you win office on the God platform.
Worse, if you do not vote the way we conservatives vote, if you are a RINO-in-disguise or even a RINO-without-disguise, it’s time to kiss off.

This should give great comfort to another Louisiana Republican once-holier–than-thou thumper, who once said that Bill Clinton should resign after the wet-Monica-mess, but, when this politician got caught on the phone list of the Washington DC Madam, he decided the world and standards must be different once you are caught with your own pants down.
Of course, I am referring to David Vitter, our proud Louisiana US Senator, currently the most popular statewide elected official, who is now running for Governor.
Forget that Vitter has not passed any significant legislation during his term-of-duty in the US Senate. That doesn’t matter. After all, he has redeemed himself in the eyes of his wife and the Lord, so, if it is ok with them, he should stay in power, even the most important power in the state—Senator and most likely as the future Governor, an office which is now his for the asking.
More so, he has weathered the post-scandal political storm, not by coming clean and telling the public any details whatsoever about his “serious sin” or by speaking openly about his transgressions, which, if discovered earlier, could have inflicted a felony charge or two against him for being involved with prostitutes. He was even shrewd enough to influence  money-men to pony up to pay his legal fees despite his threatening to take the fifth in a trial against the Madam who, luckily for Vitter and the others on the phone list, committed suicide. Therefore, the full Washington DC Madam story has never and can never be told.

Presumably, the surely non-RINO Vitter is in good grace in the minds of the Red States and especially the Louisiana Republicans, not because he has ever opened up his story to the voting public, an act which would show true leadership and courage, but because he has perfected the art of giving a big “Louisiana-neaux” to anything Obama.
Vitter didn’t oppose a government bailout of the auto industries, just an Obama-style bailout, or a stimulus, or a health care reform, or whatever the Democrat president prescribed for this country.
Vitter won re-election post disgrace, not because his Democratic opponent was a liberal, but because Obama needed to be defeated at all costs.
In so many words, Vitter is no RINO.
The lesson?
In the world of the Red States and Horowitzes and in anti-Obamaland Louisiana, don’t despair if you fail to meet the basic standards of decency set by your own political commercials. There’s hope. Just utter God and country and wife’s forgiveness in your mea culpa letter or speech.
And there’s further hope, especially if you have not been inflicted with the political “kiss of death” or Red State “scarlet letter.” There’s hope and even salvation, if you are not, nor ever have nor will be, a moderate, a Democrat or God-forgive, a liberal.
If sinned in marriage and in politics, it’s time for you to kiss off and hit the political road.
Your pathway to political redemption is denied.