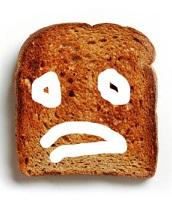 What can Congressman Vance McAllister do to revive his political career or is he "toast"?

In Part 2 of a Bayoubuzz interview with the reporter for the Monroe News Star, Greg Hilburn, covering the sex-political scandal and breaking many of the stories as this saga unfolds, the conversation turned to the political fallout and what must the congressman do if he wants to survive elective office

Hilburn: There is quite a bit of outrage, but there are also defenders of the congressman who say that it is his personal business. It won't affect the way he governs. Clearly, it will have some impact on his effectiveness, at least for now. I would say that it's tilting against him right now in these early stages. It's just chatter, but that's my take on it.

Sabludowsky: When it happened to David Vitter, it was tilting against him, too. He went under cover for seven days. There were some reports, on TV at least, that there might have been a suicide. We were really concerned and wondering what was going on. Obviously, we now have a situation that's different, but the Republican Party are saying that he needs to surface and talk to them. That's not what happened way back then with Vitter. The standards are different. Are you hearing anything about that? McAllister having to kiss the ring of the Republican Party?

Hilburn: Clearly, the congressman has been somewhat of a rebel. He hadn't towed the party line, most notably in the case of his criticism of Gov. Jindal's refusal to expand Medicaid. He has stuck by that throughout the campaign and throughout his candidacy. He's taken little jabs at Jindal, so he's clearly not towing the party line as do some others.

Chehardy: One of the big differences in this particular case is the video. It's one thing to read about something like this in the newspaper, a newspaper story about someone doing something with which other people disagree. It's a completely different ball game when you have a video of it. The video is the biggest problem the congressman has right now. There's a video of what actually happened, so it's not up for speculation. The second problem for him is that he has gone into hiding. If you want to try to outlive this as Sen. Vitter did so very well, you have to be in the public. Sen. Vitter also went into hiding first, but ultimately, he came out to the public, stood up, and took his medicine in public. His wife stood next to him. They were together on that stage. He expressed remorse. The congressman has not done that yet. He has not come out and said anything to the public. I believe that's hurting him, as well. If he wants to remain in Congress and have a chance of reelection, he needs to step up in front of the TV cameras, hopefully with his wife's and his family's forgiveness, and express his apologies and remorse and try to move on from there. But if he remains in hiding, the pressure on him to resign, no matter who it's coming from, is going to continue to beat him down. If he doesn't say anything in public, it could end up being the death knell for his public career. Brown: I think that Lawrence is right. Vitter made his mea culpa, and then he disappeared from the scene and never talked about it again. He has several years before he had to face the voters again. He could lie

low for a while and get into the work of rebuilding a relationship. The difference here is that we have a reelection coming up in six months, and McAllister has to run. It's a very short time frame. If he called me asked, "Forget the right or wrong, what is the best way of dealing with this?," I'd advise him to do and what Lawrence said: have a full-blown press conference and ask for forgiveness. But I'd pull a Bill Clinton. I was up in Pentecostal country, Alexandria in Louisiana, at the First United Pentecostal Church about two weeks after Bill Clinton was caught with Monica Lewinsky. Clinton came in, talked to that church for about an hour, begged for forgiveness, and had the reverend bless him and pray for him. There wasn't a dry eye in that place. They forgave him. Clinton took it right out; it was very public. It's imperative that McAllister is going to have to do something like that if he is to have any chances of being reelected.

Sabludowsky: We all agree we that; he needs to be public. Let me just throw something out, and I wrote about this yesterday: there was a column on the website RedState by a gentleman named Horowitz. What he said was, and I'm just summarizing here, how immoral this guy was, and that it shouldn't be allowed in the party. Then he goes further and says that this guy is a RINO and that the party needs to get rid of him. It tells me that politics is more important; the way in which someone votes is more important to some people than their values and morality. That is sickening to me, whether it's Republican or Democrat. When Clinton had problems, I was all for his resignation. When any Democrat has a problem like this, he or she ought to resign. This guy ought to resign. But if you're going to urge somebody to resign, you have to go all the way if you want your party to stand for something.

Brown: From a practical viewpoint, I hear what you're saying. But I think Lawrence started this conversation by saying that there is a lot of political give and take in the water in a case like this. McAllister says he is not going to resign. He could resign and go off into the sunset, but he's looking at Bill Clinton and David Vitter. He has some advisers telling him to hang in there. It's my opinion, based on having run for the office in that district, being from the area, and having been Senator up there, he will not be reelected if he hangs in there. Having said that, whether he wins or loses, the campaign will give him a chance to do a mea culpa in some way. He might revise his reputation to some degree. I think the guy, knowing the fifth district like I do, is toast.

Hilburn: The congressman told me yesterday that he does not intend to resign. Now, he said, "unless there's a public outcry from  his constituents." He didn't say from the Governor, from the party chairman, or from his colleagues in Washington. He has been out yet to see if there's that outcry. He's in the district. He won't be back in Washington until the week after week. Next week is Easter recess. I don't think he's been out yet to test the waters at a festival or something to see what those voters say. I'm certain he's hearing from his donors, which is just as important. I think he's weighing the options. He may finish this terms and decide not to run for reelection. He still may resign. Who knows? As of late yesterday, he intended to at least finish his term.

Brown: I think he's going to see how the next few weeks develop, and that's probably the advice he's getting. Again, if he's going to have a shot at even thinking about reelection, he needs to go out to ask for forgiveness; from parish to parish and from church to church. People are forgiving.

More in this category: « The Congressman McAllister fall and the rise of Vitter: Webcast Part I Louisiana Gov. Jindal picks new press secretary with presidential-campaign credentials »
back to top