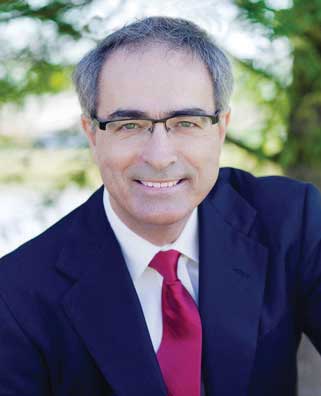 As if saving his public reputation, reconciling with his family, and fending off the calls for his resignation from LAGOP Chairman Roger Villere and Gov. Bobby Jindal was not enough, Vance McAllister faces new challenges in only a few months.

McAllister has stated that he does not intend to resign and that he will leave it up to the voters in a reelection. During the Bayoubuzz hangout last week, the participants agreed that McAllister doesn't stand a chance of winning if he remains silent on the incident. Furthermore, if he decides to run, he already has a contender.

According to an Ind article, former Grand parish District Attorney Ed Tarpley announced on Saturday that he's running for McAllister's seat. While Tarpley did not mention McAllister specifically in his announcement, he probably made a reference to the kissing congressman when he said, "It is my belief that together we can begin to restore the people's confidence in their elected officials, but we must elect men and women of strong moral character with a commitment to ethical behavior and a willingness to serve."

Like several other prominent Republicans, Tarpley is opposed to Obamacare. He said that he is "committed to repealing Obamacare and replacing it with 'free market' reforms that encourage freedom of choice and patient's rights." Here, he differs from McAllister; McAllister stated that he did not intend to work for repealing Obamacare and that he was supporting the Medicaid expansion in Louisiana. Since Monday, and particularly after Villere and Jindal called for McAllister's resignation, political writers and bloggers have speculated about the possibility that the video leak and LAGOP's reaction is a result of McAllister's politics, not his moral character.

Tarpley is not the only candidate to take over McAllister's seat although one of the greatest challengers might have decided otherwise. According to CBS News, the biggest threat is possibly Rodney Alexander, McAllister's predecessor who resigned to become the VA secretary in the Jindal administration in 2012.  However, a new report indicates that Alexander has decided not to run although previously, after the scandal's revelation, he did not reject another Congressional run.  He had said, "if the people of Louisiana and the 5th District wanted me for a particular purpose or office, I am willing to serve them."

The video leak might also give Democrats a shot at winning the seat, even though the fifth district is heavily Republican and conservative. Baton Rouge consultant Trey Ourso said that "a strong Democrat could have a real shot." The Democrats are working hard to save Mary Landrieu's seat in the Senate, and their efforts might give a congressional candidate a boost, the article concludes.