Religion and eve of Common Core debate in Louisiana 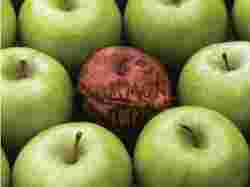 Common Core, the education standards program is becoming a controversial subject in Louisiana.  Governor Jindal, who supported Common Core is now in favor of pulling away from it.  Many are concerned about the potential issues of privacy and federal intrusion.

Sabludowsky: Let's take a call from Daniel in Mandeville.

Daniel: I want to discuss common core. I know you talked about it earlier. Everybody wants to talk about a system that they want us to teach our kids. We had a system in this country years ago. It was the Bible; the Bible upon which this country was founded. In the 1960s, it was taken out of the school. Years ago, children learned to read by reading the Bible. When we took the Bible out of the school in the 1960s and began murdering innocent babies through abortion in the 1970s, we turned against the God for whom we founded this country. God said that if we don't obey his commandments and my statues, he will our enemy above us. Years ago, America's standing was really high throughout the world. Now, we're down to 24 or 25. I do not want my children to be taught by a group of people who say that that it takes a village to raise your children. Look at the villages we have in this country. Go to the big cities; they are jungles; war zones. Do you want your children to be like these children? My children are out of school, but I'm against common core because we as a world should not be learning together as everybody else. What we learn is not exactly what God wants us to learn. He told Adam and Eve to not eat from the tree of knowledge. I don't think the knowledge we have today is given by God. Have we become Gods? I don't think so. Some religions teach you that you have become a God. That's not true; there is one God that we have to serve. If we turn away from the God upon whom this country was founded, he will put our enemy above us.

Sabludowsky: I understand what you're saying, but I respectfully disagree on some of your points. Let's hear what Bernie has to say.

Pinsonat: Being in the polling business and surveying voters a lot, I know that religion is one of those areas that are hard to talk about. Everybody has an opinion and a version of what God thinks about issues. The Bible is the document that spells it out. When you go to St. Tammany, Acadiana, or New Orleans where a lot of Catholics live, it's a different story. Children are in Catholic private schools and home schools. You can't say that it applies to all children; it might apply to him and his children, but it doesn't apply to the whole state. That's the way we tend to speak about religion; ours is the only one. When you actually work in government or are an elected official, it's more complicated. I understand where he's coming from, but one side doesn't say it all when it comes to government. We're made up of a lot of different beliefs in Louisiana. I've never seen an issue like common core being so controversial. I don't understand why it became so controversial, but there are lot of people who are supporting it. A lot of companies think that the workers they get need to be tested and educated based on common core standards to improve. The other side of the street thinks that this is something evil from the government. Right now, I don't see those groups ever getting together. It's controversial, to say the least.