McAllister, Vitter and Jindal handling the tar-baby of sex scandals 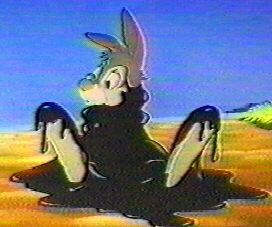 Congressman Vance McAllister remains in the news as the second full week of his “Kissing  Congressman” scandal continues.

If there was ever a question whether the push by Louisiana Governor Bobby Jindal and LAGOP Chairman Roger Villere has persuaded the Congressman to quit,  recent events indicate that he will continue to remain in Congress, with business as usual.

Not only did McAllister announce on Tuesday that he would be returning to his job next week after Easter, but, he also made an appearance with his wife, although, he also canceled another one with the Tea Party.

These subtle events is an interesting indication that he might not go the route of US Senator David Vitter, who appeared in public with his wife a week after his own scandal and gave a brief statement to the media, which has been extent of his comments now over seven years since the controversy broke.

Although McAllister’s future continues to cause speculation, Vitter’s  and to a lesser extent, Jindal’s past actions related to “his fellow republicans sex scandals” also remain  a topic of discussion.

For one, perhaps the very last thing Vitter would have wanted this spring, as he kicked off his gubernatorial campaign, would have been frequent reminders of his dark past, one of which he has never shed any light.

Jindal, who is making a play in New Hampshire and Iowa and anywhere else he can find a GOP audience, surely does not want to appear weak, especially for a presidential run.  However, his own refusal to answer questions regarding the McAllister-Vitter similarities, especially since he willingly entered the discussion by calling upon McAllister to resign, shows his penchant to skirt and run from issues instead of addressing them head on.

Below are updates on the developments of the McAllister scandal and the power-players who are now stuck with the tar-baby scandal, no matter what they might say and do, and don’t say and do.

Although McAllister canceled official events this week, he and his wife, Kelly, did make their first public appearance together since the scandal broke when the couple attended a crawfish boil in Monterey on Tuesday night hosted by Richard Young, who the staff described as a friend.

An organizer says Republican U.S. Rep. Vance McAllister canceled an appearance before a tea party group as he continues to stay out of sight after a video showed him kissing a married aide.

McAllister was scheduled to speak Monday to the North Central Louisiana Tea Party. But event coordinator Bob Flournoy tells The Associated Press that the congressman scrapped that.

His office issued a statement Tuesday that McAllister "is with his wife and family for the remainder of the Easter recess."

McAllister has since apologized for his actions but kept out of sight in his district, while fellow Republicans have lambasted his behavior, some calling for his resignation.

"He'll have to decide within his own heart what direction he'll take," Boustany said, adding that McAllister "brought it on himself."

Boustany said if McAllister seeks and wins re-election, "I'll have to work with him."

$1·
Vitter refused to discuss the scandal. No matter how hard reporters pressed him on the matter, he walked at a brisk pace and always had a phone to his ear. With no new information, voters tire quickly of the same ole, same ole begin reported each day….

Still, it's the state's junior senator that has some questions to answer.

Vitter was in Monroe, Louisiana on Tuesday and like Jindal, dodged questions and an interview request about McAllister. However, it's hard to dodge the same issue all summer and Vitter's best defense will be to address the subject sooner, rather than later. The only problem he has is there is not good answer.

Regardless of whether McAllister survives his kissing episode, this will be yet another test on how far voters are willing to be pushed on the moral shortcomings of those who represent them.

David Vitter knows this all too well.

Jindal never supported McCalister to begin with, why would he support him now? In terms of trying to connect it with David Vitter, come on, Vitter is a good conservative vote and McAllister isn’t. (McAllister) is out there hanging on his own. There’s nobody who is going to come out and support him. Serve out your term and go away

Is this question for real? Did Jindal really have a  live press conference in the state of Louisiana? I want to guarantee you that if he did have a press conference in Louisiana it was staged. That’s the only way he’s going to speak to anyone inside the state of Louisiana.
Why are they so opposed to McAllister? Why the double standard? The political parties have lost most of their reason for being in existence. The Republican Party’s boy got beat by McAllister. They’re going to do everything they can to try to keep McAllister out of there.

I just want to remind everybody that the reason we had that election was an attempt to steal the seat basically by the Jindal administration. McAllister sort of upset the apple cart. They never backed him.
The issue with Vitter is that the governor knows who his political daddy is. There is a difference between men and boys and Jindal cannot mess with David Vitter.