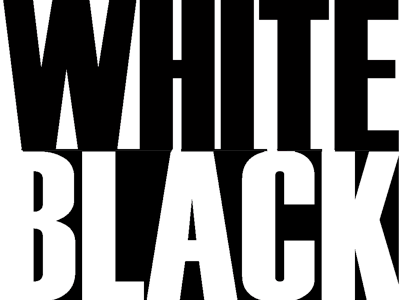 While there have been major improvements in Louisiana and elsewhere involving race, employment and equal rights, some feel the those improvements are not enough.

This issue came up on a WGSO morning conservative talk show during a conversation with Bernie Pinsonat, the pollster and political analyst.

Stephen Sabludowsky, publisher of Bayoubuzz.com, co-hosted the show on Tuesday and Pinsonat was one of his guests.

Also, industrial development in Louisiana, particularly along the Mississippi River, is an important part of Louisiana growth and can provide jobs for unemployed Louisianians. In this segment of the radio show Ringside Politics, the caller Ron, an African American, asserts that not all people have as great chances of getting these jobs, and that racism still is a part of the Louisiana culture.

Sabludowsky: We have a caller, Ron from Mid-City.

Ron: You get tired of people bashing New Orleans. All they do is talk about the schools. To me, it's something else. That's why Eric Holder and the President talking about racism. It's real. President Obama doesn't have to tell me that there's racism in New Orleans; I experience it. Al Sharpton doesn't have to tell me that there's racism; we experience it. I get tired of people saying that we're playing the race card. People are not playing or throwing something out there that's not already there. Black people have had to work harder for less money. They have had to smile when they didn't want to smile and laugh when they didn't want to laugh. It's no different today. In the 1950s and 1960s, we had Jim Crow laws. Y'all pretend that we have to follow Al Sharpton or President Obama. But we recognize racism when we see it, especially in New Orleans. That's why a lot of my friends who left for Katrina never returned. I returned because I love my city. They took their families, they're doing better now, and they're never coming back. You can always try to jump on New Orleans because there's a black majority, but black people have a lot of culture in this city. We are the reason why New Orleans is what it is. But we are still less paid! I went to Angola. It's like a sea of black faces. Seeing that brought tears to my eyes. There is no mistake that you have all those prisoners in Angola. That's not by mistake.

Sabludowsky: I fully understand what you mean. I lived during the Jim Crow days, and it certainly made an indent on my life. Let me change gears. Bernie, you worked for Bennett Johnston, a Democrat. The Democratic Party has changed from the time when you were working for Johnston. You also lived during the Jim Crow days. The legislature is certainly different than it was back in those days. Is the legislature hearing the cries from gentlemen such as Ron, or are the voters just different? How do we filter what Ron is saying into what the legislature is saying and doing?

Pinsonat: In the Jim Crow days, I don't think we had any black legislators; now, blacks are represented. We have created numerous black districts with the Senators and House members proportionately represented. In the Capitol, you have a Republican philosophy right now. But just recently, you had a Democratic philosophy with Kathleen Blanco. You're going to have differences in philosophy, but I'm sure the caller is right about where we've come from. We are not perfect, but in the Capitol right now, we should give the legislature credit. We've done a good job. If you live in Lake Charles, Baton Rouge, and the river parishes, we have an enormous amount of investments by national companies that are coming into Louisiana because of the lower cost of natural gas. We have a steel plant just built in St. James Parish. We produce steel in Louisiana with a company that employs a lot of people. There is no prohibition against hiring blacks. There are laws to, hopefully, allow them to have a crack at these jobs. I'm sure the caller's references are correct, but presently, it is what it is. He has that feeling; a lot of black people think there's still discrimination. Whether there is or isn't depends on your perspective. As a pollster, I see it in polls. But that's what we elected officials to do: to correct these things and to make sure that everybody has equal access to anything and everything.