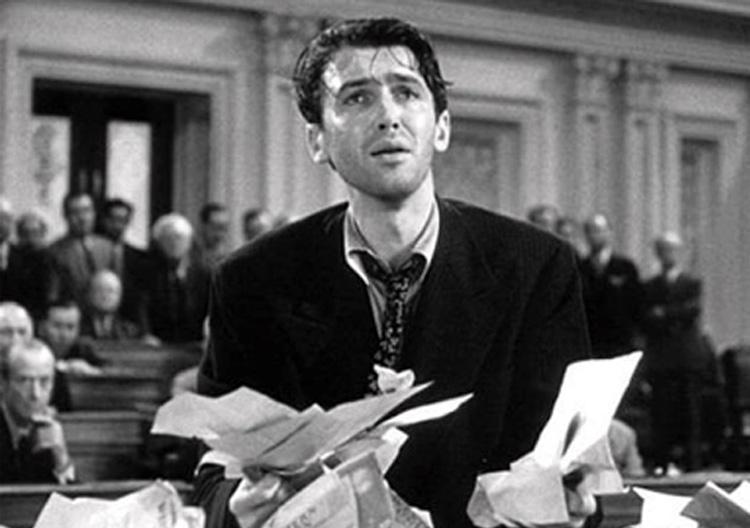 In the final analysis, the Mr. Smith Goes to Washington meme that played in the media early on about Rep. Vance McAllister was at least half correct, and the inaccurate part may explain why he could retain the job should he stay the course and run for a full term.

The fictional Sen. Jefferson Smith and McAllister parallel more than in the fact neither visited Washington, D.C. before assuming their offices. Smith was a complete rube about the ways Congress worked. He inherited a staff of cynics and manipulators, trying to keep him from interfering with the agenda they shared with powerful Members. He let the media use his story in ways to suit their needs to sell papers, even as this raised ire among his fellow Members of Congress. At one point he let his affections for a female distract him from doing a good job.

That McAllister shares the similarity on the last account has become obvious to anyone perusing a politics headline in the past week, except that in Smith’s case it only caused him to nearly miss being able to blow the whistle on a crooked scheme, while McAllister’s game of tongue hockey with a married aide, captured on video released to the media, makes him appear less than upstanding and has far greater ramifications. But the other two instances both expose less obvious yet crucial mistakes as to why he took a job-for-life gig and put it up for grabs.

McAllister inherited a staff mainly from his predecessor, now Louisiana Department of Veterans Affairs head Rodney Alexander. This is not unusual, especially when a mid-term change occurs, for newcomers have to hit the ground running, and McAllister apparently had given little thought to the office, or at least had not had time to plan for it, when the campaign suddenly appeared at the resignation of Alexander. Yet that means, while he would not absorb a staff that wished to work against him or control him as in the case of Smith, at the same time there would be little chance for them to develop special loyalty to him – especially as the operative he would take on as his chief of staff himself had shown keen interest in running for the office himself before deferring and eventually assisting McAllister’s campaign.

In this vein, importantly the most likely, now departed, suspect in disseminating the recording is one of the senior aides left over from Alexander, although whoever might have done this McAllister seems disinterested in pursuing. (It also is possible that the feed exceptionally randomly and very unfortunately came into the hands of a political opportunist, for it is an open broadcast that near its point of transmission can be intercepted and recorded, much like the infamous Democrat eavesdropping on Republicans cell phone incident in the late 1990s.) And his partisan colleagues don’t seem that interested in public shows of support, perhaps because of his uncomplimentary statements about his workplace, while other party leaders such as state GOP chairman Roger Villere and Gov. Bobby Jindal have declared it best for him to hand in a resignation, perhaps because the only issue he’s tried to be visible on happens to go against the party’s preference on health insurance.

Of course, McAllister’s optimal staffing move probably was to hire the remaining crew, and throughout history there have been some fairly influential Members who gained their stature precisely because they positioned themselves as mavericks to the perceived established Washington order. But where McAllister seems to have been incredibly politically stupid is that, when you haven’t had time to build up a network of friends (beyond your dog) and staff loyalists in Washington and you’re creating a persona of going against the grain of Washington, you don’t give anybody the slightest avenue of attack. You just don’t voluntarily open yourself up to political vulnerability when you have so few steadfast allies and assets.

While it seems to us incomprehensibly idiotic to allow it to come to that, neither are we politicians and especially not in such rarefied air. Most of them never will admit it, but in that position it’s hard not to think the rules don’t apply to you. After all, you’ve gotten districts of hundreds of thousands, or even states of tens of millions, to validate you are the most valuable person in that constituency with the physical outpouring of tangible things called votes, something you commanded. Your decisions have a profound impact on what happens at home, and constantly are reminded of that. People are fawning and groveling around you incessantly. You have to be pretty grounded not to let your ego run wild as a result.

Which McAllister clearly did not accomplish. Oh, as has been previously noted, he proved, by his embrace of being an anti-politician, that when comes to the campaigning and elections side of things he has been a masterful politician despite his lack of experience in the political world, which entirely was unlike Smith. Yet as now has become apparent, his skill on the being a politician side were shockingly limited, if not indicative of an entire lack of common sense.

Jefferson Smith won in the end because he didn’t have an ego. McAllister may end up defeated precisely for the opposite reason married to obtuseness. While his vote-grabbing skills can stave that off, even they will fail if the staffer’s cuckolded husband reliably told the truth that part of McAllister’s anti-Washington persona, that of being a man of faith, was concocted for political show. If that’s true, not only will he not get reelected, he wouldn’t even be able to win a contest for dogcatcher. In that instance, as far as reelection goes, despite his previous disregarding of the sentiment, better late than never discretion would be the better part of valor.

More in this category: « Louisiana Racism Remnants of Jim Crow and jobs? Jindal says Louisiana growing at remarkable rate »
back to top