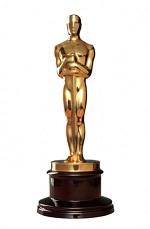 After the release of the latest Landrieu campaign commercial, the critics are raving. What an incredible performance from a talented actress!

Louisiana Senator Mary Landrieu has done it again and wins the Oscar. Elections bring out the best acting from the state’s 18-year incumbent. Every six years, Mary Landrieu adopts the sympathetic character of a “fighter for Louisiana.” In reality, she is a liberal Democrat who votes with President Obama and Majority Leader Harry Reid, but, during campaigns, Senator Landrieu convinces voters she is constantly opposing leaders in her own party. The result is that Senator Landrieu wins another term in office, quite a hat trick, since Louisiana is a red Republican state.

In this election, the political environment is especially tough for Senator Landrieu, so she has had to pull out all the stops by recreating a Senate hearing at the Louisiana State Capitol.  In the commercial, the Senator was able to improve on her real life performance by fixing the errors, the make-up and the wardrobe. The lighting was perfect, the script was changed and all of the actors performed their roles flawlessly. Now, inquiring minds want to know, did the campaign utilize the state’s 30% film tax credits on this expensive production?

Unfortunately for Senator Landrieu, this fiction was exposed and now her campaign has been embarrassed by this exercise in political make-believe. It remains to be seen whether voters will see the light in this election or continue to be fooled by the talented performer Mary Landrieu.

In the commercial, the Senator touts her opposition to the Obama administration and her advocacy of the state’s oil and gas industry. She neglects to mention, however, that she votes with President Obama 97% of the time and on all of the important issues, she is a consistent vote for the President.

He needed her on the Affordable Care Act and she delivered, despite thousands of calls, texts, faxes, emails and telegrams from the people of Louisiana expressing their opposition to the plan. Sadly, Senator Landrieu ignored her constituents and cast the deciding vote in favor of this unpopular bill.

While she may oppose the President on energy issues, such as the Keystone XL pipeline, her political action committee, Jazz PAC, has contributed $400,000 to Democrat Senators who are hostile to the pipeline and the oil and gas industry. A real advocate of the major engine of the state’s economy would not give such strong financial support to liberals who advocate positions that will harm Louisiana’s economy.  As usual, Senator Landrieu acts one way in Washington D.C, but an entirely different way when she is looking for votes at home.

In reality, the President knows that he has a strong supporter in Mary Landrieu. He rewarded her by enthusiastically endorsing Mary’s brother, Mitch Landrieu, in his winning re-election campaign as Mayor of New Orleans. With Mitch in charge of New Orleans once again, his sister has a much better chance of victory this November.

Polls show Senator Landrieu is below 50% currently and probably headed for a run-off, but she has defied expectations in the past and pulled off improbable victories. Today, she is the only Louisiana Democrat holding a statewide elected office.

For this election, voters will have to answer the question; do they want a real fighter for Louisiana or one who only plays the role on TV?