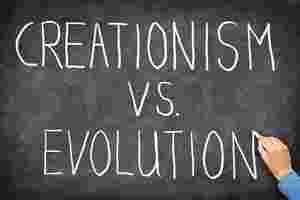 Louisiana students will once again be able to learn creationism to counter science and evolution as the Louisiana Legislative Committee that heard the Louisiana Science Education Act repeal legislation last week tabled the bill, thus killing it again for another year.

The Louisiana Science Education Act  legislation, was first promoted and signed by Governor during the early part of his first administration and has survived annual legislative attacks, led, primarily by then-high school student Zach Kopplin, who is now a college student in Texas.

Here is the beginning of a column written by Lamar White of Cenlamar, a law-school student, also in Texas.

Please read the rest of the column on Cenlamar website.

In his very first term in office as Louisiana Governor, Bobby Jindal signed the nation’s most absurd and most regressive “science education law” in modern America, the misnamed and misguided Louisiana Science Education Act. Ostensibly, the law is merely about introducing supplementary materials in public school classrooms in order to undermine the validity of both the fact and the scientific theory of evolution, offering impressionable school children with an alternate explanation of the nature and origins of our vastly complex universe by attempting to teach kids that the observable, repeatable, and peer-reviewed knowledge and data that the world’s brightest minds have perfected for hundreds and hundreds of years are merely metaphors to be forcibly, painfully implanted into a choice series of 2,000 year old oral history books.

That’s why you’ll hear Creationists claim that Dinosaurs were on Noah’s Ark. Apparently, he even drew up a little model to support his thesis. They’d be baby dinosaurs, because, no one in their right mind would argue Noah would have been able to fit the adults inside. It reminds me. I took this photo last week of a dinosaur at the Perot Museum in Dallas:

He’s not fitting in any ark. He could barely fit in a museum. But besides that, according to New Earth Creationists, Noah’s Flood occurred only 2,500 years ago (and remember, they also believe the entire universe is only 6,000 years old). One major problem: The big guy I photographed lived 65 million years ago.

If it’s easier, blame Ross Perot, with his numbers and his graphs and his stubborn allegiance to the observable and verifiable universe.

Or blame the Catholic Church.

Or the Dalai Lama.

Or the vast and overwhelming support from the world’s leading Nobel laureates in the sciences.

Or the tens of millions of educators who belong to professional academic organizations.

Or blame Zack Kopplin. Or State Senator Karen Carer-Peterson. Or, if it is easiest, just blame me.

In Bobby Jindal’s Louisiana, thinking stupidly and ignorantly was given an extreme makeover by corporate, self-interesting marketing firms (pretending to be “think tanks,” yet churching out the same drivel the junior high Baptist kids could have assembled during the course of a pizza-themed lock-in with an endless supply of office supplies).

Despite the fact that there is not an iota of peer-reviewed data to verify their claims, they shamelessly embrace the idea that “critical thinking” means ignoring science and believing in the most oppressive, most unoriginal, and most vindictive ideology imaginable, because, lo and behold, Jesus warned his believers would be persecuted.***

*** To be far to Jesus, though, he never warned them that they would be persecuted for being intransigent, narrow-minded idiots who blindly refused to pursue or acknowledge the splendors and the great majesty of human thought, empathy, and ingenuity.

So, after four consecutive years of these repeal bills, things have only gotten worse: Former State Senator Julie Quinn, armed with her law degree from Loyola, set the bar pretty high, dismissing the dozens of Nobel laureate scientists who supported the law’s repeal as nothing more than “people with little letters behind their names.” The next year, Senator Mike Walsworth attempted to prove his expertise by butchering the word “molecular,” and then asking, seriously, how the bacteria “e. Coli” “evolves into humans.”

More in this category: « Tax Bills Become Part of Louisiana Governor's Race Prep Cassidy, Bollinger and Landrieu: the money and commercials talk »
back to top