If Kate Middleton, William get spot, will Australia go to Potter? 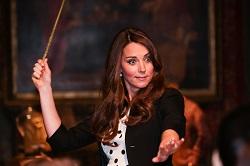 Here in New Orleans it’s "Jazz Fest" time, and this is typically when relatives we’ve never heard of before suddenly descend upon us, looking for a free place to sleep and take showers, and eat a meal or two, go carousing in the French Quarter, and then sleep some more, and then finally sleep it off.

And the best free place is always your place.

And, for a week or two, it’s fine, really. I always wondered whatever happened to my mother’s Aunt Gertrude’s kid Hector, who moved to Cleveland, married and divorced that beautiful Italian girl, and then highed it off to work on the Alaskan oil pipeline before finally ending up at NYU film school.

When Hector comes to Jazz Fest, it’s always a treat. For a week or two, I can learn all about Hector and his lifetime adventures.

I change the locks a week or two later, re-set the burglar alarm combination, and it’s all good.

What if Hector and his new sweetheart and their little baby moved in for...well, a good long time? Like, for years and years?

Would it all feel different?

This is what the good people of Australia are facing when Sir Peter Cosgrove, the Crown’s Governor-General of Australia, retires within the next five years.

It is all very nice for Willy and Waity to traipse around the Outback for a few days with their many changes of clothing, Cartier "Ballon Bleu" watches, and baby and hairstylist-in-tow.

Prior to Charles’s marriage to Diana, a trial balloon was floated as to whether to give him "the job" of being Australia’s Governor-General before he got "the real job" of being King. "The idea behind the appointment," explained Australian Naval Commander Michael Parker (who also served as a royal equerry and courtier to Charles’s parents), "was for [Charles] to put a foot on the ladder of monarchy, or being the future King and start learning the trade," presumably by governing the British populace abroad before trying his hand at the actual British populace at home. However, Australians firmly resisted Charles’s proposal.

Because of a little something called "the 1975 Australian Crisis" or, more cryptically, "The Dismissal."

Australia’s Constitution provides for a British-style Parliament composed of a U.S.-like House of Representatives and a Senate (there being no official Australian royalty). But unlike the United States, which had a revolution and broke its British royal chains, royalty persists in Australia through the "Australian Queen," who is Charles’s mother, Elizabeth II. The Queen, of course, is very busy at Windsor Castle feeding her corgis and breeding her racing horses and cutting ribbons and the like, so she doesn’t have a lot of time to be out and about in Australia. Therefore, the Queen is represented there by her Governor-General, who has, like a good British wizard a la Harry Potter, "powers."

Some of the Governor-General’s "powers" come from the magic of Australia’s Constitution; others are more mysterious, and come from the monarch’s God-given right to, well, be a friggin’ powerful monarch. These mysterious powers are called the "reserve" powers.

What kept everyone in Australia happy until 1975 was that the Governor-General ordinarily just did whatever the Australian Government told him to do.

But then, in 1975, after a series of odd Australian-like political scandals (my personal favorite involves a prawns and beer cocktail party, and you can look them all up on Wikipedia if you are really interested), the then-Governor General Sir John Kerr used the Queen’s "reserve powers" to basically remove the duly-elected Australian Labor Party Prime Minister, Gough Whitlam, whose agenda included doing things like eradicating Australia’s death penalty and installing a health insurance plan and free college tuition for everyone.

And Kerr did it all without so much as even telephoning Her Majesty.

Imagine! Some unelected British Governor-General just creepy-crawlying about, digging into the Queen’s secret box of royal magic powers, and poof! A duly-elected democratic government in Australia is just...kaput!

In Whitlam’s place, Governor-General Kerr–all on his own, and through the powers of the Crown-- decided that Malcolm Fraser, a Liberal Opposition leader, would make a better Australian Prime Minister than Whitlam, and would stop the red ink from flowing from all those costly health care and education programs and... and so ...poof! That is what happened.

Many Australians were not pleased, although they did keep voting for Fraser until 1983. Instead of ousting Fraser, Australians turned their collective ire on Kerr, who found that he could no longer safely walk the streets without being physically menaced. When Her Majesty visited her Australian Dominion in 1977, she discreetly suggested that Kerr might want to find something else to do other than be Governor-General, and a nice, cushy exit position was procured for Kerr at UNESCO.

But there are some things that Australians felt should not be foisted even upon the United Nations, and Kerr was one such thing. Australia’s new Labor Party leader, Bill Hayden, called Kerr’s proposed international ambassadorship "an indecent exercise of the rankest cynicism," and "in every respect an affront" to Australia as a democracy.

In the end, Kerr became a kind of political prisoner of his own devise. He lived a boozy life in hiding. Near-riots and protests dogged his footsteps. Not even Kerr’s death in 1991 was timely announced, for fear of the old wounds the news would open. He was said to have lived a life full of drunken remorse, ever regretful of having dared to use the Sovereign’s magic "reserve powers."

Now, what would happen if Prince William were today appointed Australia’s Governor-General?

The magical "reserve" powers are still there. They are said to be inherent in the sovereign, a kind of unreturnable gift from God. Remember the Lost Ark in Indiana Jones and the Lost Ark?

Would Prince William, if he were appointed Governor-General (which his grandmother the Queen could easily do), ever be tempted to dig deep into the Royal bag of magical political reserve powers? What would happen if he did? What if William created a national coup d’etat in Australia?

Would it result in the end of the special Constitutional role of the British monarchy in Australian political life?

See, that can happen when a 30-ish film school student moves in and starts frying up all your eggs and bacon and drinking all your Hawaiian Kona coffee.

The questions are hard ones, and Australians, while they may like taking selfies with Willy and Waity and watching the daily parade of newish, boring outfits that pass for "fashion" as worn by "Catherine," it is quite another thing to be actually governed, or even governor-general-governed, by these two bratty, toothy, unemployed former art history majors.

If Willy found himself "sacked" in Australia, what would that mean for the future of the monarchy that he is supposedly in line for?

On the other hand, a decade or two or three in Australia might be just the thing to give Charles and his potential "Princess Consort" Camilla the breathing room they need to establish themselves as Queen Elizabeth’s successors. Willy and Waity’s appointment in Australia would be similar to the beachy exile endured by Willy’s great-uncle and his wife, the Duke and Duchess of Windsor. The Duke, who had busied himself in Europe doing independent-statemen-like things such as reviewing Nazi SS squads, was dispatched to his Bahamian Royal Governorship in 1940, after Nazi plans to either kidnap him, place him on a Nazi-held British throne, or worse, were revealed to Prime Minister Churchill.

Was Willy and Waity’s recent jaunt "Down Under" a test of the waters for the soon-to-be vacant Australian Governor-General’s post?

Should Australians change the locks, or else stock up on Hawaiian Kona coffee?

Somewhere in Sydney, a bag of magic royal powers is calling out the Half-Blood Prince’s name.

Oops! Sorry, will get it right…

(Photo source: From Daily Mail --Kate's uplifting moment was part of an all-round wizard experience as she visited the set of the Harry Potter films