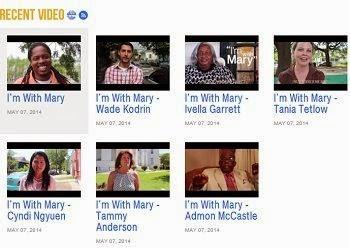 Today, Sen. Mary Landrieu launched the I'm with Mary campaign. Voters have already seen a crucial part of it, though: the TV ad featuring Boysie Bollinger supporting Sen. Landrieu due to her unique position as Chairman of the Senate Energy Committee.

The campaign also features Wade Kodrin, a military veteran who moved to New Orleans to help rebuild homes after Katrina. Cherie Teamer, a spokeswoman for the Landrieu campaign said: "The I'm with Mary campaign reflects Mary's broad and deep support from people in Louisiana—Republicans, Democrats, Independents, men and women. Whether it is her successful efforts to create high-paying energy jobs, make flood insurance affordable or restore our coast, people know they can count on Mary to deliver for them when it matters the most."

One of Sen. Landrieu's opponents, Col. Rob Maness, just launched his own commercials on TV and radio. Instead of a shipyard magnate, Maness’s TV ad features an alligator, a metaphor for liberal politicians who "are willing to destroy every last vestige of our liberties and independence," according to Maness.