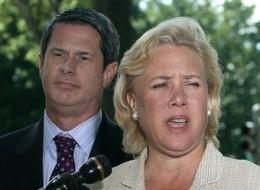 Louisiana voters might have strong reasons to vote for or against Mary Landrieu. No doubt, based upon the most recent SMOR poll of likely voters, she has an uphill battle ahead of her if she is to win the fourth term as US Senator from Louisiana.

Her favorables, as reported, is now at 39%. She has taken a pounding with the outside-money commercials from the Kochs. The outside money TV ads hitting Bill Cassidy will likely bring his numbers down, too. Currently, she is beating him 36%-35%. This difference of 0.6 percentage points is not a good position to be in for a three-term US Senator in a state many believe is the rawest red state in the U.S.

I disagree with many Louisiana voters about the downside of Obamacare as it relates to costs to our families. Furthermore, I believe that Obamacare opponents have misled us as much about the negatives of the program as the Obama administration did regarding the infamous “you can keep your insurance” ordeal. However, the Senator has made her political bed in voting for legislation she knew cut against the political winds of the Louisiana voters.

She is now paying the price regardless as to how she, her supporters or even how I feel about the repeated distortions of the “Louisiana Purchase” and the downsides of the program to the average consumer. For the record, I think the Affordable Care Act makes a lot of sense for the country; my biggest concern is the cost to the national debt, which economics, far greater minds than mine can debate.

Let me get this right—almost 58.5% of those likely voters polled want someone new rather than keep her in office (37.4%), despite her seniority and leverage in the energy committee.
In essence, this poll and others are saying seniority and the associated power is irrelevant or meaningless.

If this is the case, why are the voters in the state returning to elective-office Steve Scalise and other members of the GOP congressional delegation who have spent many years representing us in Washington DC? I am not against any of them; that is not my point. Instead, it is—if seniority and power is not bringing any value to the state, why not choose someone new?

After all, what happened to term limits?

Speaking of term limits, now we have Senator Vitter taking his Washington DC power and millions in Super PAC money and importing it down to Louisiana government so he can be our next governor. Never mind that he was the driving force behind term limits for everyone else except, of course, for him.

He has spent his adult life in state and federal office, amounting significant stroke as a junior US Senator, enough that he has raised millions for a state or federal race (excuse me, his Super PAC has raised this money without his coordination--sure).

So why are we awarding Vitter with the governor’s spot since dominance and influence matter so little?
The truth is—Congressional muscle means quite a lot.

It meant a tremendous amount during the days of Katrina rebuild when the country refused to send money our way. We used our stroke. We needed Senator Landrieu’s and David Vitter’s experiences to get things done. Our homes were shattered and our dreams were washed away.  Our congressional delegation, Republicans and Democrats, knew the ropes, the points of mastery, and the go-to influencers.

We hired the million-dollar lobbyists, not the rookies. We wanted action anyway we could get it.  We needed the atomic bombs of persuasion, not the BB guns of “maybes”.

Should Landrieu lose, we lose it. With Vitter running for Governor, we will have no heavy hitters bringing us jobs and building coalitions to stop unfair laws such as Biggers Waters which suddenly raised our flood insurance to unfathomable rates. Yes, Landrieu led the charge to dramatically lower the rising waters of bankruptcies and economic disruptions. It took her know-how, her experience, her ability to get things done. Likewise, Senator Vitter’s presence supporting this effort and our Congressional delegation’s unanimous cry for help made a big difference to our friends in South Louisiana. Legislative maturity and pulling the right strings, made possible due to political-brawn and influence, made a major difference.

I know her GOP opposition is trying to neuter her influence as Chairperson of the Senate Energy and Natural Resource Committee; maybe she does not have the clout to overcome the environmental lobby and President Obama’s reluctance to bend on the Keystone Pipeline.

But, does this mean that she is powerless? Is this state, overwhelmingly dependent upon the energy industry, better served having no stroke at the highest level of energy policy?  Are we better off with little power in trying to fund our wetlands, our coast, and getting our fair share of revenues for the oil and gas extracted from near our shores?

Even if she should become second-in-command of that committee if the GOP were to take control of the Senate, isn’t that an vantage point critical at a time of BP oil spills, hurricanes and the energy economy?

Louisiana voters will decide whether she is conservative enough for this state, given her position on a variety of issues from abortion to healthcare. They just might decide she is not one of them, and that she had a choice to make when she made those votes.

That topic is for fair legitimate debate. Her future and ours should depend upon whether voters believe her presence not only reflect their values and whether she can help provide future growth opportunities to her constituencies.

But please don’t tell me that her current position of eighteen years in office; her Chairperson position on energy; and her spots on Senate Appropriations, Small Business and Entrepreneurship, and Homeland Security and Government Affairs have no weight. Please don’t tell me that her long-term in office, paying the dues and now being able to significantly control the destinies of policies impacting us all, is easily disposable and of no worthy substance.

At a time when our incredible shrinking influence in the House of Representatives due to state population implosion, please don’t tell me having one, if not two leaders in the U.S. Senate would not at least give us a yet, small voice?

Just ask some of our neighbors and their own Members of Congress. They would do flips to see her depart. Our loss becomes their gain, our dollars their dollars, and our jobs their jobs.

Indeed, stroke counts, like it or not. Republicans would be hoisting that flag to the top of the pole if their candidate were in similar sway. They would be stoking it for whatever it would be worth, which, if you were to get an honest answer, would be “almost everything”.

If the election for U.S. Senate were held today between Democrat Mary Landrieu and Republicans Bill Cassidy, Paul Hollis and Rob Maness, for whom would you vote?

Are you for or against the Affordable Care Act which is also referred to as Obamacare?

Mary Landrieu has been a U.S. Senator since 1996. She was recently appointed to Chair the U.S. Senate Energy Committee. Which do you think is more important; keeping her in office due to her seniority or electing someone new?