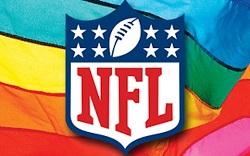 It seems the politically correct liberals in charge of the NFL are admirers of communism. In Red China, Cambodia, Vietnam and other countries communist tyrants forced citizens into re-education camps to “enlighten” their subjects about the wonderful “benefits” of totalitarianism.

Those brutal examples of communist treachery should be relegated to the dustbin of history. Instead, in the supposedly free country of the United States, re-education camps are used to enlighten our citizens about the evils of racism, homophobia and sexism.

The latest incident occurred just this week with Dolphins safety Don Jones. He had the audacity to object to ESPN promoting gay football player Michael Sam and his boyfriend. The network hyped the 7th round selection of Sam by the St. Louis Rams and showed him kissing his boyfriend in celebration after the pick.

Years ago, such a kiss would have never been broadcast on television, but today, passionate displays from same sex partners are commonplace. Even though millions of Americans have strong religious views in opposition to homosexuality, our media and political establishment have identified gay rights as a cause that merits strong support and plenty of attention.

After witnessing ESPN’s coverage of Sam kissing his partner, Jones posted on his Twitter account “OMG…horrible.”  For that expression of his opinion, a 1st Amendment right guaranteed by our U.S. Constitution, Jones was suspended, fined and forced to apologize to Sam. In his apology, Jones expressed his “regret” for “the inappropriate comments that I made last night on social media.” He was even blasted by his head coach, Joe Philbin, who called the comments “unacceptable.”

While some may view the penalties leveled at Jones for sharing an opinion as unduly harsh, the NFL believed they were insufficient. As a result, Jones will also be sent to “educational training,” to learn about the merits of the homosexual agenda and become more sensitive to the gay and lesbian lifestyle.

This type of “training” is an American styled re-education camp for Jones. He will undoubtedly emerge with a new and enlightened view of homosexuality. If not, he will no longer be playing football in the NFL. Today, in the NFL, and in the other professional sports leagues, players must subscribe to a politically correct agenda or their careers will be over.

This type of mandated political correctness is also occurring throughout our society, not just the NFL. Promotion of the gay agenda will soon be prevalent across the nation, regardless of the views of Americans.  An elite group of celebrities and politicians are demanding that all Americans accept this agenda or face serious repercussions.

It is quite sad that in a country with such robust constitutional protections, we are forcing our citizens to accept certain viewpoints and agendas. If Americans don't agree, they better keep quiet or they will have to undergo the type of punishment that Don Jones is now enduring.

It is hard to imagine what our Founding Fathers would think about their country today.