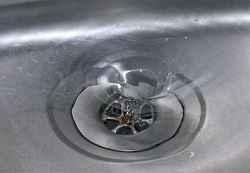 Just when you thought the news coming from this administration couldn’t possibly get any more dysfunctional…it does.

In fact, whatever semblance of logic this administration had remaining is fast circling the drain even as our governor attempts to push his agenda onto a national stage while leaving it to high-priced consultants and amateurs like Kristy Nichols to find solutions to mounting problems at home.

This is the same governor, Bobby Jindal, who recently told the graduating class at Jerry Falwell’s Liberty University that the entertainment industry’s intolerance is eroding the very foundation of America’s freedom—even as his Department of Economic Development continues to give away the store in the form of hefty tax incentives to….that very same entertainment industry.

As the Church Lady from Saturday Night Live would say, “Well now, isn’t that special?”

Earl Long might say it another way. He well may have been describing Jindal’s flexibility in spewing his political rhetoric to play to the views of his audience when he told Ruston Daily Leader fledgling reporter Wiley Hilburn in July of 1959 (only a couple of months before Long’s death) that Hilburn’s uncle, former Lt. Gov. C.E. “Cap” Barham, could “talk out of both sides of his mouth and whistle out of the middle at the same time.”

But bizarre as Jindal’s performance has been over the past six-plus years, he would be hard-pressed to surpass the downright preposterous laundry list of proposed cuts in spending rolled out on Monday by Nichols, serving as his proxy while he campaigns to be the Second Coming of Alfred E. Neuman.

All that was missing from Nichols’ theater of the absurd were the orange wig, red nose, big shoes and a seltzer bottle.

To say this administration is delusional is to be overly kind.

To refresh, you will remember that back in January, the administration signed a $4.2 million contract (quickly amended to $5 million in violation of state law requiring legislative concurrence on initial amendments greater than 10 percent) with the consulting firm of Alvarez & Marsal, charging the firm with finding $500 million in savings by April. Well, April has come and gone and now Nichols says the firm’s report will be a month late, now expected at the end of May.

Alvarez & Marsal (A&M), to further refresh the old memory banks, is the same firm that offered up the sage advice to the Orleans Parish School Board in December of 2005, only months after Hurricane Katrina, to fire 7,500 teachers, effective Jan. 31, 2006.

That little bit of economic wisdom may wind up costing the state $1.5 billion following a court decision in favor of the teachers who filed suit after being summarily fired.

A&M also is the same firm that recommended the privatizing of the LSU Medical Center in New Orleans (formerly Big Charity Hospital) in the voluminous Streamlining Commission report initiated during Jindal’s second year in office, thus sowing the seeds of Jindal’s ambitious privatization plan for LSU’s statewide system of hospitals.

And we all know how well that fared, don’t we?

According to friend and fellow blogger C.B. Forgotston, the preliminary report submitted by A&M last Thursday (May 8) was a whopping two and one-half pages in length ($2 million per page—by comparison, this post alone should be worth $10 million) and contained recommendations for only $74 million of the $500 million goal.

And now Nichols has come before the Senate Finance Committee to inform senators that “Every (cabinet) secretary signed off on the savings.”

Well, DUH! Of course they signed off on the proposals. They may be sycophants, but they ain’t stupid. We know what happens to anyone in the state employ who might dare adopt a viewpoint at odds with Jindal. Obviously, these people who could never command comparable salaries in the private sector want to cling to their jobs like so many ticks in a hound dog’s ear.

But enough of the ancient history; let’s allow Jindal and A&M to demonstrate in their own words just how inane the future leader of the free world can be. Among the innovative ideas for saving the taxpayers $74 million are these jewels of pure brilliance:

Oh, we get it. Very funny. Kristy, you’re quite the card.

What? You’re serious?!!!?? No way! C’mon, guys; a joke’s a joke but now you’re starting to scare us. We’d rather hear something a little less scary—like finding the hook from the one-armed killer in the car’s door handle or about the water skier falling into a nest of water moccasins.

Okay, now sit back, Kristy, and take a reality check here. Where’s the proposal to prohibit offering six-figure salaries to washed-up politicians so they can occupy a desk for a few year to fatten their state pensions? We mean, even with motion sensor lighting, these guys are so useless that they inhabit darkened offices.

You want to cut the hours of operation of the Cameron Ferry from 24 to 16 or 18 hours and you want to cut the thickness of asphalt overlay in half—from two inches to one-inch? You say the two would save the Department of Transportation and Development (DOTD) $10.9 million?

Have you ignored the fact that the only detour along Highway 82 in Cameron Parish would require a drive of 120 miles?

You say Texas has already adopted a new material that allows that state to overlay roadways with one-inch-thick asphalt? Wonderful. Have you taken into account that the soil composition and consistency in Louisiana, particularly South Louisiana, is vastly different than that of Texas? To implement this foolish proposal would place an added onus on already over-burdened DOTD maintenance units when the thinner asphalt produces thousands of potholes that are certain to occur as the base beneath the asphalt deteriorates. If DOTD Secretary Sherri LeBas did agree to this idiocy as Nichols claims, she is grossly unqualified to head up the agency responsible for the construction and maintenance of the state’s roads and bridges.

Circling employment ads for prisoners? Gawd. For this, we’re paying A&M $5 million. We could have suggested that for a buck-fifty.
Nichols explained that the state intends to implement the program whereby low-risk prisoners in Orleans and Jefferson parishes would earn their keep by working by serving the latter portions of their sentences in minimum-security facilities such as parish prisons run by sheriffs and giving part of their paychecks to the prison operators to help pay for their room and board. She said that would save the state $9.4 million. How do you propose to keep the sheriffs honest in reporting actual salaries against what they report to the state? Just a thought.

Midwives and doulas for deliveries for pregnant women on Medicaid? Interesting concept. Has anyone thought of bringing back leeches? How about electric shock for mental illness? And willow bark for treating fever? And now, simply because they are on Medicaid, we propose to deny these expectant mothers the same childbirth facilities to which people like Kristy Nichols or Sherri LeBas or Kathy Kliebert might be privy?

And you propose to treat the sexual partners of pregnant women for STDs after the fact?

This aberration of an administration, as we (borrowing a line from Three-and-a-Half Men) have said before, has all the emotional stability of a sack full of rats in a burning meth lab.

Even sadder is the fact that the legislature, in allowing this spoiled brat of a child Jindal to get away with his shenanigans, for failing so miserably to hold him accountable, isn’t far behind.