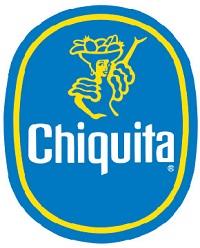 Today, Governor Bobby Jindal joined Chiquita Brands International Inc. Senior Vice President Mario Pacheco to announce the company will relocate its shipping operations from the Port of Gulfport in Mississippi to the Port of New Orleans. Chiquita plans to ship 60,000 to 78,000 twenty-foot-equivalent units, or TEUs, per year at the Port of New Orleans, representing a roughly 15 percent increase in current container volumes there.

Chiquita’s shipping operations will return to New Orleans after a nearly 40-year hiatus. The company, known as United Brands in the 1970s, relocated its shipping operations from the Port of New Orleans to the Port of Gulfport in the mid-1970s after more than seven decades of calling at the Port of New Orleans. An LSU economic impact study suggests the project will result in approximately 270 to 350 new permanent jobs in New Orleans – based upon the range of TEUs shipped – as well as an increase in total economic output of $373 million to $485 million over the next 10 years.

Governor Jindal said, “This is a huge, historic win for the Port of New Orleans and for trade in our state. We are excited to welcome back Chiquita after a nearly 40-year hiatus. Since day one, we have made economic development our top priority, and a big part of that has been investing in our ports to cultivate job-creating projects in Louisiana. In fact, since 2008, we’ve invested hundreds of millions in port infrastructure and port-related economic-development projects all across Louisiana. These efforts, combined with our progress in improving our state’s business climate, have led to record-high employment levels in Louisiana and the lowest unemployment rate in the South. Today’s announcement further solidifies Louisiana’s position as one of the top states for international commerce in the U.S.”

“We at Chiquita are thrilled to return to the port and the great city of New Orleans as we implement a new shipping configuration,” said Pacheco, who supervises the company’s global logistics. “We are particularly excited about the enhanced service levels to our Chiquita and Great White Fleet customers that will result from this change in our shipping operations and expanded vessel capacity. We have valued our partnership with the Port of Gulfport and thank them for many years of great service. This was a clear business decision for us surrounding our new shipping configuration rather than any dissatisfaction with the strong and economically competitive team we have had at Gulfport.”

The project will strengthen both the state’s and the New Orleans port’s ties to Central America. It will result in improved ocean transportation to those countries, and it helps further establish New Orleans as one of the premier ports for handling temperature-sensitive cargo. Additionally, the new ocean service will benefit shippers looking to export more cargo to Central America.

“In many, many ways this is a great and historic moment for the Port of New Orleans, City of New Orleans and the State of Louisiana,” LaGrange said. “The opportunity to bring home the leader of industry in the early to mid-part of last century is absolutely fantastic. This announcement is a great coup for everyone in the greater New Orleans area and Louisiana in general.”

“This is truly a great day for our state, and the Louisiana Board of International Commerce is proud to welcome Chiquita back to our community,” said Chairman Greg Rusovich of the Louisiana Board of International Commerce. “Louisiana is laser-focused on being the U.S. leader in global trade and job creation. Our region and state have the hot hand, and this announcement is a further testament to the strong partnership emerging between this world-class company and our economic and global trade leaders.”

To secure the project, the State of Louisiana will provide Chiquita a performance-based incentive of $18.55 per TEU (total value of $1.11 million to 1.45 million annually) to offset increased shipping and handling costs at the Port of New Orleans, and will invest $2.2 million in a port-owned distribution/ripening facility to be leased to Chiquita. The Port of New Orleans will invest $2.0 million for refrigerated-container electrical infrastructure and rehabilitation of a container freight warehouse to accommodate the project.

“New Orleans is on a roll and the Chiquita Brands investment is yet another example of the continued growth across industries in our city,” Landrieu said. “With the creation of hundreds of new permanent jobs, Chiquita will create major opportunities for our citizens and continue to turbocharge the Port of New Orleans. I am very pleased to welcome Chiquita back.”

“Greater New Orleans Inc. is proud to be part of the team that has helped bring Chiquita Brands International back to New Orleans after 40 years,” Hecht said. “Chiquita’s return is a double-win for the region. First, we are gaining up to 350 new jobs and a major increase in containerized cargo. But even more importantly, Chiquita’s return to New Orleans heralds a broader, deeply important trend – the best people and companies are coming home.”

More in this category: « Is Jindal the Comeback Kid? Jindal's reform caution helping poll numbers, national agenda »
back to top