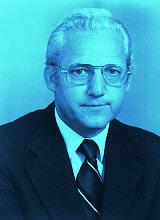 It must be getting pretty desperate for Senator Mary Landrieu in her re-election campaign.  She has now resorted to using her 83 year old father, former New Orleans Mayor Moon Landrieu, to help her win over skeptical voters. The former Mayor appears in the Senator’s latest set of television commercials.

In the commercials, Moon Landrieu playfully banters with his daughter while praising her for fighting for Louisiana on oil and gas interests and taking on President Obama over the Keystone pipeline.

In the first commercial, the former Mayor credits his “hardheaded” daughter for fighting with BP to “get billions for Louisiana” due to the 2010 oil spill. In the second commercial, he praises her for pushing FEMA and helping the state recover from Hurricane Katrina.

Obviously, the Landrieu campaign believes these commercials will give the Senator a much needed boost. In the latest poll, Senator Landrieu has the support of only 36% of the voters, barely leading GOP Congressman Bill Cassidy who has 35% support. In addition, her favorability rating has dropped to only 39% while an astounding 58% give her an unfavorable rating.

These poll numbers mark an all-time low for Senator Landrieu. It is clearly time for the campaign to start pretending she is an independent “fighter” for Louisiana. For the past five years, Senator Landrieu has been a consistent supporter of President Obama’s liberal agenda. In fact, she votes with the President on 97% of the issues, not exactly the results Louisiana voters would expect from an independent “fighter” for Louisiana.

In every election, Senator Landrieu tries to cloud her liberal ideology to garner support from the mostly conservative voters of Louisiana. During campaign season, she highlights her differences from with Democrats on a few matters, while ignoring her almost unanimous support on the most vital issues.

Surprisingly, in all of her elections, the Senator has benefitted from key Republican endorsements. In her last election, Landrieu was endorsed by powerful Republicans such as Jefferson Parish Sheriff Newell Normand and then St. Tammany Parish President Kevin Davis. In this election, the Landrieu campaign is featuring the endorsement from Republican shipbuilder Boysie Bollinger in a campaign commercial.

Lost in all of the Landrieu campaign spin is the real record of Senator Mary Landrieu. On issues such as Obamacare, immigration, gun control, taxes, and judicial appointments, Senator Landrieu has voted in line with Senator Majority Leader Harry Reid (D-NV) and President Obama.

Only on the oil and gas issue has Mary Landrieu shown true independence, but it is mitigated by the actions of Jazz PAC, her political action committee, which donated $380,000 to far left Senate Democrats, who oppose the interests of the oil and gas industry and the State of Louisiana.

In the final analysis, the new Landrieu commercial will be detrimental to the Senator’s campaign. It will serve as a not too subtle reminder of the Landrieu family political dynasty in Louisiana, which started with the election of Moon Landrieu to the Louisiana Legislature in 1960, an amazing stretch of 54 years.

It is clear that the Landrieu family is the Louisiana version of the Kennedys. Voters will have to decide whether they want to continue with the dynasty and reward Mary Landrieu will another six years in office. She was first elected in 1979, an almost continuous span of 35 years as an elected official.

Polls show that Louisiana voters are in favor of term limits. This election will be an opportunity to enforce term limits and prevent Mary Landrieu from serving her fourth term in office. However, the Landrieu dynasty is real and the family’s long established political power is legendary. Therefore, it will be a battle between political powerful interests versus the political ideology of most voters.

Usually, power and money win elections, but it is a new day in state politics. The state recently elected a Republican legislative majority for the first time since Reconstruction. This November, voters will have another chance at history, the opportunity to have two Republicans representing Louisiana in the U.S. Senate.

Between now and Election Day, millions of dollars will be spent to persuade voters; however, in the latest salvo, the Landrieu campaign may have unintentionally given their opponents a major assist.

More in this category: « Louisiana budget woes; Feds keep Jindal in tow? Why Kate Middleton AWOL during Ralph Lauren Gala? »
back to top