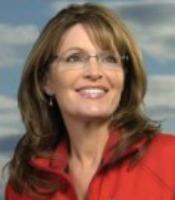 “There are too many children trapped in failing schools,” Jindal said in a speech to the Republican Leadership Conference (RLC) at the Hilton New Orleans Riverside. He touted Louisiana’s program that emphasizes parental choice, with charter schools and scholarships to private schools. “Parents know best,” Jindal said. “We need to trust the American people.”

The Jindal administration and the Louisiana legislature has passed education reform law which has been tied up in the courts.

The speech echoed some of the themes Jindal used in ramming his bills through the legislature.

Jindal drew cheers from the RLC crowd when he criticized the Common Core program of educational standards, and was also applauded for fighting the Obama administration in federal court over Louisiana’s educational reforms.

Jindal has recently opposed Common Core, taking a sharp reversal of his prior position, in which he favored the program.

“At this rate that we’re going, this Commander-in-Chief, our soldiers are going to have to exchange their fatigues for mom jeans,” Palin said in a speech to the Republican Leadership Conference (RLC) at the Hilton New Orleans Riverside. She referenced remarks Obama made in a recent speech at West Point.

“Unfortunately, the Obama doctrine dismisses the price our veterans have paid for our freedom,” said Palin, who was the Republican candidate for VP under the John McCain ticket during the 2008 elections. “Perhaps what our president doesn’t understand today is freedom isn’t free. If you love freedom, you thank a vet.”

Also adding his conservative call to the wildly-enthusiastic audience, “Duck Dynasty” star Phil Robertson cited the words of the Founding Fathers in emphasizing the importance of religious values Thursday.

“We have staked the whole future of American civilization, not upon the power of government -- far from it,” Robertson said.   “We’ve staked the future of all our political institutions upon the capacity of all of us to govern ourselves on the Ten Commandments of God.”

In his speech Robertson repeatedly cited the Bible as the fundamental basis of American liberty.

“In the United States of America, with a belief in God Almighty and hard work, you can do a whole lot of things,” Robertson said.  In an indication that he wants to be more inclusive than some of his prior remarks which has angered gay and liberal groups, Robertson, in paraphrasing Martin Luther King  Jr. said ,  “We are all made in the image of God Almighty, and the color of your skin does not declare the content of your character.”

Priebus said he was focused on making the GOP a year-round, full-time campaign operation.

“We can’t be a national party that shows up every four years five months before an election,” he said.

In possibly one of the more controversial comments made during the first day were comments made by Alabama businessman Shaun McCutcheon.

“It’s about your right to spend your money on as many candidates, committees and parties as you want,” McCutcheon said during a panel discussion at the Republican Leadership Conference (RLC) at the Hilton New Orleans Riverside. The plaintiff in a recent landmark Supreme Court case, McCutcheon v. Federal Election Commission, McCutcheon told attendees at the conference: “Even more important than that … the people in government should not be deciding who governs. It’s us, the people, who decide.:

David Bossie, president and chairman of the board of Citizens United, criticized the McCain-Feingold campaign regulation law, which he said “violated everyone in this room’s First Amendment rights.”

Bossie, whose organization fought to overturn those campaign spending limits in a 2010 Supreme Court case, told attendees: “We should not allow incumbent politicians to write the rules to decide what people can or cannot say to get them out of office.”

“It’s very difficult to convey the dysfunction that is Washington, D.C.,” Johnson said in a speech to the Republican Leadership Conference (RLC) at the Hilton New Orleans Riverside.

Referring to the fact that Louisiana’s Democrat Sen. Mary Landrieu is up for re-election this November, Johnson said defeating her would help end the rule of Democratic Senate Majority Leader Harry Reid. “In Louisiana you have a huge opportunity. I am begging you to please seize that opportunity to send the Senate another Republican colleague. Retire Mary Landrieu and more importantly retire Harry Reid.”

Johnson called for reductions in spending to curb the federal deficit.

“The root cause of our problem, financially and I would argue culturally is the size and scope of the federal government,” Johnson said. “Let’s hope that America doesn’t have to hit rock bottom before we recognize we have a problem.”