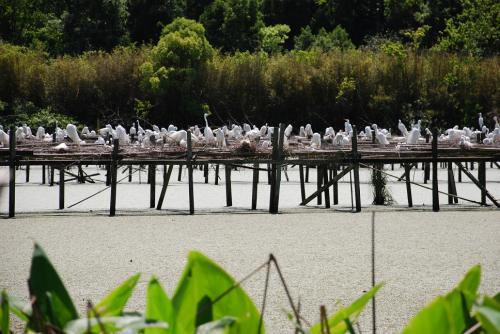 “A lot of people mentioned to me how omnipresent BP lobbyists were, more than the other major oil companies were (though all of them showed plenty of interest), so much more that it got a lot of people wondering, `What’s in the bill for them?’ It certainly got us wondering.” – John Barry, June 5, 2014

“As our analysis shows, SB 469 fails to protect the local governments whose concerns your letter concedes are at issue and puts at risk billions of dollars of local government claims against BP. And, here, it should be noted that BP heavily lobbied for the passage of SB 469 – a fact strongly suggesting that the now known consequences of SB 469 were not unintended at all.” – Robert Verchick, June 4, 2014

“They (BP) didn’t lobby me, because they knew my position. But they lobbied several of my colleagues.” – State Representative John Bel Edwards, June 5, 2014

In the late evening of April 20, 2010, Ryan Chaisson, Wes Bourg, Dustin King, and Albert Andry- a group of friends who called themselves the Knight Riderz- were out fishing in the Gulf of Mexico. They steered their boat ten miles south of the Pass-a-Loutre Wildlife Management Area, fifty miles off the Louisiana coast, alongside the leg of a massive offshore oil rig. There, under a waxing crescent moon, a canopy of stars, and the blinking lights of nearby rigs, the four men witnessed an explosion that would set into motion the worst environmental disaster in American history and the largest oil spill in the history of the world. Shortly after the explosion, they moved to a safe distance and recorded this video.

Eleven people died that night, and for the next 87 days, more than five million barrels of oil gushed into the Gulf of Mexico, ravaging the already fragile coastal ecosystem, poisoning and killing marine life, and nearly crippling Louisiana’s seafood industry.

Four years later, BP still hasn’t paid billions in damages owed to families, businesses, and communities devastated by their negligence. Four years later, oil continues to wash ashore, and four years later, there are reports that suggest people are still getting severely sick due to their exposure to the dispersant BP used to “clean up” the oil. Today, literally today, federal investigators finally released a report on the cause of the spill- the failure of the blowout preventer, a critical piece of safety equipment.

Foster Campbell, a former State Senator who is currently serving on the Public Service Commission, once famously quipped, “The flag of Texaco flies over the Louisiana State Capitol.” Texaco has since merged with Chevron, but as this year’s legislative session proves, Campbell’s joke still works. All you need to do is replace Texaco with BP.

For nearly a century, Louisiana has been involved in a torrid, abusive, and complicated love affair with the oil and gas industry. The industry generates an enormous amount of wealth, provides tens of thousands of good-paying jobs, and represents the state’s single-largest economic engine. But it’s also at least partially, if not principally, legally responsible for the destruction and degradation of the state’s coast- the marshland and barrier islands that serve as the first and most critical line of defense against hurricanes.

For far too many in Louisiana, the environment is a mushy, amorphous, liberal issue. Even when scientists explain the issue in colloquial terms most people should understand (i.e. “Louisiana is losing a football field of land every hour”), it’s difficult to conceptualize. After all, you can’t sit outside and watch as an entire football field is, literally, swallowed back into the ocean in only an hour. But even if you could, that may still not be sufficient enough to convince the current regime of science deniers occupying the Governor’s Mansion and the tables at the Baton Rouge Ruth’s Chris Steakhouse.

Money, on the other hand, is immediately tangible. It talks, and it walks. Money buys access, influence, and power, and much like the rest of the country, in Louisiana, it also buys politicians.

More in this category: « PAC-Man Vitter breaking US fundraising ground Can Jindal afford Hurricane Bobby over a SB469 veto? »
back to top