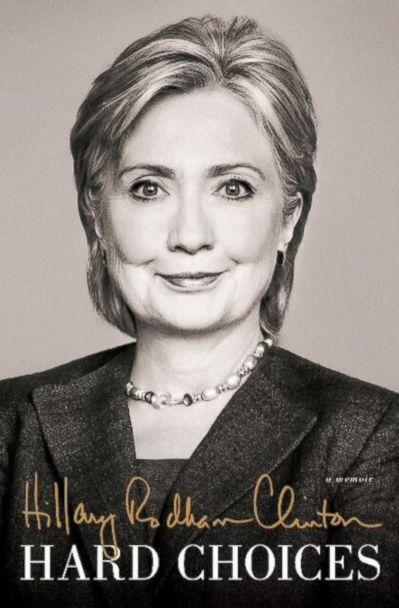 Former Secretary of State Hillary Clinton is now making the media rounds promoting her new book, Hard Choices. Initial reports on book sales are not very favorable as the price has already been slashed at outlets such as Books a Million.

Mrs. Clinton is obviously gearing up for a 2016 presidential campaign and using this new book to energize supporters and hone her message. Even though Clinton is a political veteran, she has plenty of work to do on her messaging. In one of her first interviews, Hillary has already made a major mistake and taken the focus away from her book and her attempt to revise history.

When Diane Sawyer of ABC News asked Clinton about her $5 million in speaking fees, the former First Lady tried to elicit sympathy. According to Clinton, “Well, if you -- you have no reason to remember, but we came out of the White House not only dead broke, but in debt.” She claimed that their family faced mortgages and tuition costs for Chelsea. This supposedly justified her current money grab. Remember, this is the same woman who grew a measly $1,000 investment in cattle futures into $100,000. She sat on corporate boards and was a high priced attorney prior to becoming First Lady. Her husband also collected several hundred thousand dollars as President of the United States.  The Clintons were anything but “dead broke.”

Her remarks were so outrageous that she later had to issue a clarification. In a subsequent interview, Clinton claimed that “I fully appreciate how hard life is for so many.” This was Hillary’s lame attempt to show solidarity with working Americans.

In the Sawyer interview, Hillary also said she has no regrets about her outrageous statement “what difference does it make” in reference to how the four Americans died in Benghazi, Libya.

In fact, Clinton says that the Benghazi controversy gives her “more of a reason to run” for President. It is amazing to think that a tragedy that was exacerbated by Clinton’s incompetence and then compounded by her lies about the cause of attack would actually fuel a presidential race.  Remember, Hillary Clinton told the family members of the Americans killed in Benghazi that the attack was fueled by the anti-Muslim Internet video.

Clearly, on the issue of integrity, Hillary Clinton is severely lacking. In addition, any serious presidential candidate needs to convey a message of competence to the American people. Unfortunately for Hillary Clinton, there is no record of accomplishment as Secretary of State, no major peace accords during her tenure. In fact, at a recent news conference, State Department spokeswoman Jen Psaki was unable to think of any positive achievements that occurred during Clinton’s tenure as Secretary of State.

The reality is that Hillary Clinton owes her political career to her philandering husband. Without Bill Clinton, Hillary would have never been elected to anything. She has no charisma, makes big mistakes and is obviously not very capable. No wonder she put up with Bill’s years of adulterous behavior.

She was always hoping to parlay the mistreated wife image into her own political rise to the White House. It did not work in 2008, as she lost to a junior Senator from Illinois. Will it work in 2016? Let’s hope the American people are not that dumb.