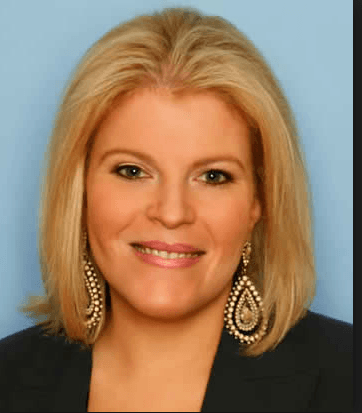 In part 1 of the interview with Diane Lyons, founder of Festigals, she gave the readers an overview of the festival, its mission, and its message. In part 2, she went into more details about the schedule for the weekend.

The festivities begin already Thursday evening when Lena Prima will sing at the Cabildo. On Friday, it’s time for the Branding You day. The day’s common thread is personal development and self-improvement, ranging from how to get rid of your clutter to how to dress for success. On Saturday morning, the festigals will sip some drinks at a Bloody Mary reception before 31 pieces of bra art will be auctioned off during the Bodacious Bras for a Cause. All the proceedings will go to COGNA’s (Cancer Association Greater New Orleans) work related to women’s cancer. Hopefully, the Bloody Mary buzz will begin to wear off before brave contestants head over to the stiletto sprint, a two block race in the French Quarter, open to both gals and guys. On Sunday morning, the Remedy Room, a local re-hydration therapy clinic, will soothe aching hangover-heads before the participants wrap it up with some Hot Stuff at Antoine’s.

Sabludowsky: So tell me about some of the activities, sounds like a lot of fun, can guys come?

Lyons: Well, we have little guy things on the side, we really do. There are some women who have to have some guys, and of course, we have some guys in the events, but on Thursday evening, we start with a wonderful kickoff for the Festigals package women at the Cabildo with Lena Prima. So it's a special concert just with her. That'll be a great networking opportunity. Friday, we have Branding You. A lot of our divas repeat. They come back every year. One of the requests they said to us last year was, "We want to have a personal development day, Diane. Can you do something where you can get professional branding done for us, or personal branding?" So we created a Branding You day, which is all about women getting themselves better. We have a Dress for Success session with four women talking about how to do image consulting. We have Amie Parnes who wrote the latest Hillary Clinton book who will help us understand the politics of the White House. She was on The Hill for years. Our big speaker that day is Tory Johnson from Good Morning America, and she is going to talk about making you a healthier, happier you and a shift that you can take mentally and physically. She lost like 70 pounds in the last year and has this amazing book about getting better and improving yourself and, you know, women, we all love that. In the afternoon, one of my favorite things on that Friday is Jennifer Hale is going to talk about sports with Mary Beth Romig and two other great sports women. They're going to talk about how we women need to own more of that sports world and how we can learn how to talk-to-talk, and you know, kick the ball out of the ballpark and all those terms that you guys say every day of the week. We have our clutter busting session; we have a session on lord, just about everything. We have networking that night; we have, at the Pontalbas in the French Quarter, with wine and mixed drinks and food, and then we have a special cooking demo with Kevin Belton at the School of Cooking. Our best Branding You day. That's day one.

Sabludowsky: Listen, I already have a hangover.

Lyons: Day two, we wake up, and then Neocutis, which is a pharma company has a morning to talk to us and do a little, I don't know, peels and tucks, nothing surgical, but it's how to look 40 when you're 60, or how to look 20 when you're 40. It's a session with breakfast, so that should be really fun, and every woman loves that. Following that, then we go for Bloody Marys. We have our great Bloody Mary reception, which is unbelievable. At that point, we have 31 phenomenal bra art. You know, I don't know if you've seen them; they're on the Festigals site. But these artists from the B-52's, musicians, to local people, have created these phenomenal...the Krew Muses has one, the Junior League has one...they take the Steinmart bra, and it becomes this great piece of art. And so we auction those off.

Sabludowsky: Now, B-52's, that has nothing to do with the bra? That's a joke.

Lyons: It has nothing to with the bra! It's Bodacious Bras for a Cause. We felt that women like to celebrate. We like to party. We like to network. We like to be in business; we're very serious business people. But we also like to give back. So giving back was really important to Bodacious Bras, and 100% of that money goes to CAGNO - Cancer Association Greater New Orleans, which is a local organization that regionally gives money to...our money is dedicated to women's cancer causes. So it's not just breasts, it's ovarian, cervical, and all of those things. So the last two years, we've raised 42,000 dollars. 100% of that money goes to CAGNO. After we do a few bras and buy like hundreds of dollars worth of bras and give them away or hang them on the walls or whatever. Then, we also have a stiletto stroll that afternoon, which this year we've added...you should come, Steve. We are doing a stiletto sprint. It's guys and women running two blocks in the French Quarter in stilettos. Come on, I want to see you out there! So we're going to do two blocks in stilettos. You can win a wonderful stiletto prize, and then we have give-aways...Fleurty Girl is actually a sponsor with us on this stiletto sprint, so we'll be out there, running two blocks, from the Wildlife and Fishery building to the front of the Monteleone at 4.30. You have to wear a three inch stiletto. That's the big thing. And we're going to be measuring. So then you run down the street, and then we have prizes and cocktails. So then at 7 o'clock, we kick it off with our stiletto stroll, which is the women marching through the French Quarter to Bourbon Street where we have a party at Bourbon Heat. And that goes on for a few hours, and then we go out on the town and party until..whenever.

Lyons: And then, Sunday morning is hangover hospital. The Remedy Room is coming to give us some, probably, ice-packs. I don't know if she's giving out these, but I know she'll be doing something fun for us. Help us look refreshed again. So she'll be there early morning. And then at 10 o'clock, we're going over to Antoine's for a brunch with Becky Allen and Harry Marone, and it's called Hot Stuff. So that is like how we wrap it up with a big hoorah on Sunday.

Part One of interview