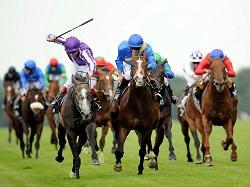 With Louisiana Governor Bobby Jindal trying to make a presence in the GOP Presidential scene, at least, according to numbers from CNN/ORC, he’s “nowhere” not even on the track.

So the good news for the Louisiana govrnor could be that he has no place to go, but up .

Jindal hit Iowa this weekend, for a pre-presidential candidacy appearance.  He has hit numerous states across the nation since his taking oath of office, trying to obtain political relevance.

His focus at a Iowa political shindig this weekend was upon Obama and religious freedom.

And, the ultimate question was asked--will he run for President?

For now, his prayers are definitely in need.

In the recent CNN/ORC poll, he is not even on the slate.

Heading the pack is Rand Paul and Jeb Bush with 14% and 12% respectively.

As Ron Faucheux commented this afternoon in his daily newsletter Lunchtime Politics,  “This tells the same story we’ve been seeing for months. There is no frontrunner in this race. It’s wide open. Anything can happen. We have four candidates in the low double-digits and six in single digits.”

Again, good news for the governor whose numerous recent appearances and columns have targeted an altogether new audience.   His current employers, the Louisiana voters, are tuning him out, in large part, because they do not like his politics or his governing style.

The polls have shown that his popularity creeps up when his political agenda slides down.

So, if anyone is listening, he's got much to say and will say it faster than most--especially to a new audience, seeking someone they can employ in 2016.

Yet, if Jindal is not even registering on the poll boards, despite all of his efforts to make the first, second or even the third tier of presidential hopefuls, should he take his harness and saddle and head back to the "job i love"?

Maybe not.  The horses are not even close to the gate.

As reported by the Free Republic, the governor, while in Iowa this weekend, “Jindal said a rebellion is brewing among the electorate who want “a hostile takeover of Washington D.C.”

He’s right. He's on to something here.

Americans are angry. President Obama, Governor Jindal’s most frequent and obvious target, now has numbers equal to that of George W. Bush, at the time that the former President was departing office—the mid-thirties.

Again, as per Faucheux:

RON’S COMMENT: The American people don’t like the Congressional leadership from either side of the aisle. Everybody’s way under water.

Just whether Jindal can be viewed as “that outsider” who might be able to capitalize on the energies of frustrated voters-- is something for the oddsmakers to discuss and for the future to behold.

But, first, before he can even be considered to be a  "dark horse" accelerating from the shadows of the outside rail, his name has gotta be on the racing form.