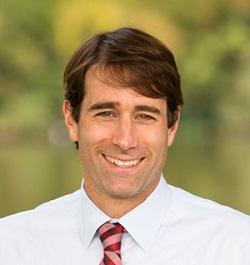 If political endorsements mean anything in the upcoming 6th Congressional District race, Garret Graves has picked up a lot of "meanings.

Republican, Graves, former Jindal official, who has been doing quite well in the fundraising-arena, is looking forward to a major fundraising event, however, this one, with the help of some heavy campaign artillery.

The breakfast will be held from 8 a.m. until 10 a.m. at LA MAISON MAGNOLIA RECEPTION HALL.

Also running for the seat being vacated by Bill Cassidy, who is running for US Senate, are Democrat Edwin W. Edwards and Paul Dietzel.

Here is a list of expected candidates (from Ballotpedia)

More in this category: « Do a Palin, Governor Jindal, resign Louisiana Taxpayer Money Pours out on Jindal's Duck Dynasty »
back to top