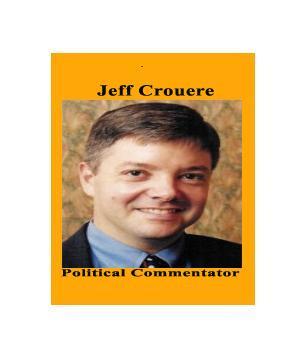 His out of state forays are now so frequent that Governor Jindal is being criticized by the LSU Student Body President J. Hudson. In a letter to a newspaper in New Hampshire, Hudson complained that Jindal is spending more time in other states than he is in Louisiana. Addressing the Governor, Hudson states “you’ve neglected your constituents long enough."

Hudson pointed out that the state is suffering from massive budget problems and that higher education is being crushed. Instead of dealing with the problem, Jindal is gallivanting around the country from one GOP fundraiser to the next. According to Hudson, Jindal is “more interested in running for president than running the state of Louisiana.”

While Jindal campaigns, Louisiana’s budget problems are not getting any better and are, in fact, getting much worse. It is past time for gubernatorial leadership. According to State Treasurer John Kennedy, we “cannot wait” until a regular legislative session in the spring to deal with these budget issues for it “will be too late.”

A massive budget deficit of $2 billion is looming next year. In the spring, Governor Jindal and legislators patched together a balanced budget using millions in non-recurring revenue and raiding special accounts like the “Rainy Day Fund.”

Next year, it will not be so easy and difficult decisions will need to be made.. Governor Jindal is in no hurry to deal with the debacle and is busy campaigning for every Republican candidate he can find that resides outside of his home state. In the last few weeks, he has literally crisscrossed the country raising money for his re-election campaign and other GOP candidates.

Jindal says he is running for re-election, but he is only concerned with raising funds and raising his profile across the nation. Unlike Jindal, Kennedy is acting more like a Governor. Even though he is State Treasurer, Kennedy is doing the job Jindal refuses to do and is filling an obvious leadership vacuum that exists in Baton Rouge.

Kennedy has developed a sixteen point plan to deal with the budget crisis. His ideas have merit and deserve serious consideration. It is unknown what Jindal thinks about the Kennedy plan, since he is never around to answer questions or deal with the issue.

It is clear that Governor Jindal really does not enjoy his current job. In my view, he should just resign, spend all of his time traveling and promoting the fictitious “Louisiana miracle.” It will be good timing for Jindal since he has a book coming up and can launch a nationwide promotional tour. The last thing he wants is to deal with the tough issues here at home.. Maybe the RNC can make things easy for Jindal and give him the cushy job of party Chairman. Michael Steele is pretty ineffective and needs to be replaced and Jindal would love the spotlight and the constant travel.

By resigning, Governor Jindal can have everything he desires, all the publicity, but none of the problems. Governor Jindal should follow the lead of Sarah Palin. She resigned and landed a best selling book and a gig on Fox News. Now, she is more popular than ever. Jindal obviously craves that sort of attention, so all he needs to do is eliminate the pesky nuisance of being Governor of Louisiana.

LSU Student Leader Out of School On Louisiana Governor, Bobby

More in this category: « LSU Student Leader Out of School On Louisiana Governor, Bobby LSU #7 In BCS, 7-0 Tigers Meet #4 Auburn, Beat McNeese St. »
back to top