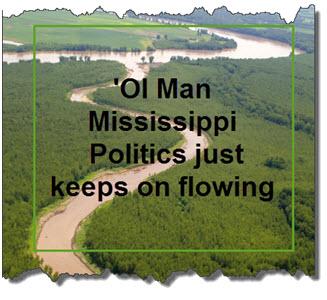 On Tuesday night, long time incumbent U.S. Senator Thad Cochran (R-MS) defeated Tea Party challenger Chris McDaniel in the GOP Senate primary by a mere 6,800 votes. This razor thin margin was due to an influx of Democrats who entered the Republican primary to vote for Cochran.

A Republican primary is supposed to be only for Republican voters, but the Cochran campaign was so desperate that they recruited African American Democrats by using the race card. The Cochran campaign solicited these votes by alleging McDaniel was a racist and had ties to the KKK. In addition, recorded phone calls were made to African American voters claiming that McDaniel would unfairly attack the President, implying that Cochran was an Obama ally.

It was a nasty affair to say the least and one that may have been determined by illegal votes. McDaniel is not allowed to mount a write-in campaign in the general election, but may challenge the election results. His investigators are combing through election results in counties across Mississippi to see if Democrats illegally voted in the Republican primary. The only Democrats legally allowed to vote in the Republican primary were those who did not vote in the Democratic primary on June 3rd.

In one county alone, McDaniel supporters found 800 illegal votes have been cast. Who knows how many will be discovered across the state. Not surprisingly, Cochran supporters are placing roadblocks in the way of a real investigation. In some counties, McDaniel campaign volunteers are not being allowed to investigate the election results in violation of Mississippi law.

This debacle shows how desperate the establishment wing of the Republican Party is to cling to power. They do not want another Ted Cruz in the United States Senate. Instead, they want old Thad to continue to send the pork back home and fill the wallets of the consultants and the special interests.

After 42 years in Congress, Cochran is not providing any sort of reform and has no new ideas. Along with his colleagues he has created this horrible debt situation and the poor economy we now are facing. Clearly, Thad Cochran and his ilk are the problem. He and his friends such as U.S. Senate John McCain (R-AZ) and U.S. Senator Mitch McConnell (R-KY) are the poster boys for term limits.

McDaniel would have been a breath of fresh air. He would have attacked the politics as usual, good old boy network in Washington D.C.

In our country today, the establishment is not just a problem in the Republican Party. It impacts the Democrats as well as both parties have power brokers that are adverse to any change. Sadly, these political dinosaurs are still winning.

In New York, Democratic Congressman Charlie Rangel won his primary election, even though he had a plethora of ethical misdeeds. Rangel has been in Congress since 1970, even longer than Cochran.

Unless voters send these entrenched incumbents packing we will never address our longstanding problems.

Republican voters should reflect on these problems as the 2016 presidential primaries draw closer. The GOP establishment will heavily support candidates such as former Florida Governor Jeb Bush, a moderate who is pro amnesty for illegal aliens and ready to “reach across the aisle” with Democrats. However, Bush can’t win and even if he did he would not usher in the real change our country desperately needs.