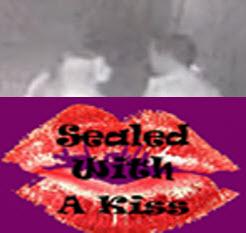 The Kissing Congressman Vance McAllister announced on Monday that he was not going to kiss-off chances of his becoming a one-year Congrressman.  Reversing a prior public decision, McAllister announced he wanted the people to decide on whether he deserves another chance in US Congress.

Months ago, a video mysteriusly emerged showing McAllister and a female employee  engaged in a moment of passion, which many believed would "seal with a kiss" his future chances of returning to Congress.  The Louisiana Republican Party, through Chairman Roger Villere, urged him to quit as did Louisiana Governor Bobby Jindal.

WGSO's Jeff Crouere and  Bayoubuzz.com's publisher Stephen Sabludowsky today during their 990AM radio-Google Hangout webcast discussed the politics of this national news story.  Below is that discussion.

Crouere: Steve, let's jump into some of the issues I want to discuss with you, wanting to start off, getting your view on "Kissing Congressman" Vance McAllister's decision to run again.  He initially said he was not going to run, he said he was going to serve out the end of the term and leave, he had a change of heart, he said he discussed it with his family, he's going to run again, your thoughts on that decision.

Crouere: You don't think, well, look at how the people have been forgiving towards edwin Edwards, towards David Vitter, these were some guys who were involved in some scandals, they were able to win elections afterwards, so would Vance McAllister be able to depend upon these forgiving Louisiana voters who would give him another chance?

Sabludowsky: Not, not at all.  At the time, Vitter did not have another election until four years or so, three years, four years after the scandal, and he did not have any republicans running against him?  Here in North Louisiana, you are certainly going to have a number Republicans running against him, certainly i think Roger Villere, Bobby Jindal and company will be supporting at least one candidate, two candidates

Crouere: Well the Robertson family has their own candidate in the race, so the Duck Dynasty people aren't behind him and that was a big factor in his first victory.

Sabludowsky: Sure, yea, Duck Soup party, absolutely. so we'll just have to wait and see but yea, I think he's going to have a tough time

More in this category: « Obama, media, Democrats tap-dancing on US Constitution Bourbon Street shooting, crimes could wound New Orleans tourism »
back to top