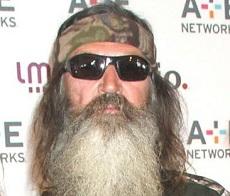 So it turns out that a special interest is aggrieved at having a northeast Louisiana family business sponsor the Independence Bowl. Unfortunately, that exemplifies the continued impoverishment of political debate.

Still trucking along approaching four decades, earlier this year the organization inked a new sponsor in the form of the Robertson family’s Duck Commander hunting supply business based in West Monroe, which is featured as part of a reality television show. This came not too long after the founder of the company, Phil Robertson, made some controversial remarks. In essence, he asserted that blacks were happy before the civil rights movement in the 1960s and that homosexual behavior was sinful. Since then, he has reiterated in public several times his belief in the sinful nature of homosexual behavior.

This seemed to be too much for Shreveport’s People Acting for Change and Equality, whose spokeswoman mused publicly whether the Bowl having Duck Commander as its title sponsor (the contract is through 2019) was for the best. PACE lobbies for increased legalization of aspects related to homosexual behavior, such as supporting same sex marriage.

That sentiment betrays a fascinating yet disturbing viewpoint. No doubt that in asking a number of Robertson’s black contemporaries few would agree with his observation that they seemed all right with a life containing the restricted economic, political, and social choices of a half-century ago. But that only makes Robertson boorish on the topic of empathizing with black people, not hatefully prejudiced against people with a certain genetic trait.

His comments on homosexual behavior, by contrast, were condemnatory of it, and drew approbation from groups that do not see it as sinful. However, Robertson has the right to the opinion that it is illogical and immoral, simply because moral questions revolve around people doing the right thing, the content of which is disputed. Some fundamentalist Mormons, for example, argue it is moral for a man to have multiple wives, against the grain of practically every Christian sect, even as it is prohibited by law everywhere in this country.

Robertson, in line with general Christian doctrine, has stated numerous times that we are called to love the sinner while hating the sin. Sin, of course, occurs by taking actions that stem from attitudes – keeping in mind that to identify as homosexual is a reflection of attitudes that lead to behavior and has no genetic component. There’s no evidence that he ever has ever preached that just because somebody acts homosexually that he should be persecuted and not respected as a human being, or that he has acted that way

Yet for years now lobbies like PACE have tried to engineer thinking about this issue to create the belief that refusing acceptance of homosexual behavior, relative to government’s interest in regulating morality and its sponsorship of that lifestyle, is the actual prejudice. For them, unjustified discriminatory behavior need not be demonstrated; to be a “bigot” merely needs evidence of the “thoughtcrime.” In other words, simple disagreement with their view makes one not only prejudiced, but in necessity of sanctions if not reeducation.

The irony, of course, is that, if anything, Robertson’s (and the vast majority of Christians, Jews, and Muslims) view that homosexual behavior is deviant and abnormal, and thus should not be privileged as a matter of public policy, is the better argument than the view it is not. After all, if homosexual behavior were the norm and heterosexuality practiced by the few, humans as a species never would have gotten off the ground. Given this, in no way is it unreasonable therefore to think that what is deviant and abnormal therefore is immoral.

However, it is the incredible conceit of those that reject his argument that they believe they have a monopoly on morality, and thereby want to suppress his witness and those with similar beliefs, by arguing there is something “hateful” about such views. Worse, it assigns legitimacy to the idea that doctrinaire orthodoxy need be enforced, at the expense of basic human freedom.

If someone wants to boycott the I-Bowl because the father of the guy who runs a company sponsoring it says he considers certain behaviors sinful, knock yourself out. But to suggest that the sponsorship somehow is inappropriate and by implication is wrong just because of those remarks reveals a remarkable and distasteful intolerance embraced by those complaining. And that degrades the quality of discourse in public policy-making and the quality of the decisions thereby made.

More in this category: « Is Jindal's hobby, to lobby for his presidency, an unfair treatment? Louisiana For Lifelife or Obama Phone: Unnecessary entitlement or worthy? »
back to top