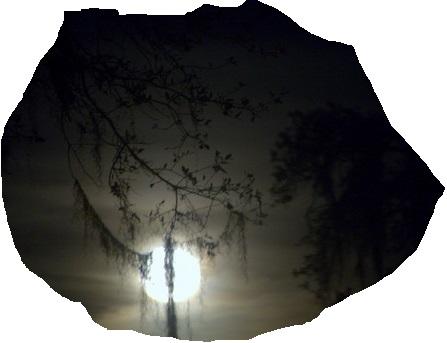 Maybe its the mysterious swamps or the grey-mossy bayous.  Perhaps it’s the French-Spanish-Indian-African-English-Haitian bowl of voodoo gumbo that flavors our spirits.

Whatever the reasons, Louisiana has and still owns the title and deed to the Master of the Ripley's House of the Political "Believe it or Not".

What other people are still counting their chickens in every pot or still taking pride in the blazing stars in Uncle Earl’s heart?  Who else can be swooned by governors seeking our “heps”?   How many of us voted for Mr. Clean who promised to “scrub our budgets”?  How badly do we now long for the governor traveling?

There is no other explanation.  We have been cursed.  A quiet still moon hovers over our future. The spell continues as our election days approach.

Don’t believe me?  Take a gander at what our future brings:

The upcoming election theme is to win one, or another one, for the gipper.

The gipper, not Knute or Ronnie but Eddie.  Eddie wants to prove to us once again that the waters of redemption is in our soil, if not, in our souls.

In order to illuminate to the world that he has changed, Edwin Edwards, is asking for that one-last-chance, once again.  To win a seat in Congress,  he must convince enough  yellow-doggers,  blue-pups, Reagan Democrats, Indys and and perhaps even some disenchanted "Red Meat" Republicans, that he is not only the reformed candidate, but the only sound mind in a sea of loonies.

The trouble for the four-term governor is, the conservatives who run the state and the blogging media have totally different views.  To them,  not only is Edwards a woeful "liberal democrat", but a sinful convicted felon, to boot.

To boot, interestingly, the left has been less vocal and more uncertain in its support for the former governor.

Some, such as Professor Albert Samuels of Southern University and Bob Mann have described Edwards as selfish in his odd-quest for the Washington DC prestigious office of the House of Reps.

Such oblique references to Quixote are normally reserved for another Louisiana wannabe who currently just happens to reside in the former House that Edwards built.    Governor Bobby Jindal, has been singing his own rendtion of the "impossible dream".   Lately, his own road back to the beltway is flying high with another dynasty of low flying quacks of  North Louisiana wild ducks.

So, goes the current flow of Louisiana politics as does the unpredictable bends of the Mississippi:   We now have a former ex-con governor whose last moments of political fame was besting a grand wizard who convinced a angry white voters that putting up the Duke was less  sinful than voting for the crook.

Now after spending a chunk of his post-senior moments behind bars, the man whose reputation and freedom was sunk by riverboats and former friends has quite a few cards up his sleeves of the good life.   After his release from the pen, he marries a lovely lady decades his junior.  He then becomes a bit-player in a reality TV show on a short-lease.  Needing more time in the money and the sunlight of celeb-hood, he throws his hat and campaign fundraising cup into a swampy-Congressional District election of which no sane Democrat would ever step, but for a long-shot son of Louisiana searching for personal power, redemption or verility.

South Louisiana obviously has no monopoly in foolishness. Up North, our own-Kissing Congressman, Vance McAllister, also hopes to ride the wave of voter forgiveness after being dissed by top Republican brass, party Chairman Roger Villere and the real party controller, Jindal.  McAllister, who initially said he was not going to run now has other plans.  True, his political benefactor, the Duckster Family, now has one of their own vying to make an All in the Family political dynasty, of sorts.  However,  McAllister has taken on the political institutions before leaving them in a state of shock and hopes that overreaching politics by the power-brokers will be their kiss of death once again.

Let's not overlook the kinder-friendlier Vitter, our former Prince holier-than-thou-er.

Vitter, has had enough of the US Senate.  The Junior Senator ran against President Barack Obama, to win his second term magnificently surviving a personal scandal in which he suddenly married the sacred 5th Amendment.  Now, the Vit wants his own tenure as the state's top executive.   While a legislator, the man who succeeded the former Nazi occupying the District 81 seat made his own mark by leading the term-limits charge, running against the ethical failures of Edwin Edwards and gambling, (sorry, I meant gaming), and excoriating former African American and Democratic New Orleans Mayor Sidney Barthelemy for his Tulane scholarships gains (until his country-club republican friends got caught holding some of their own green).

After spending the past ten years denouncing the immoral intrusion of federal influences in local affairs, Vitter has seen his own green light of federal influences.  A former scholar from Rhodes and attorney, Vitter is cashing in his federal campaign chips for a higher-cause, funding his own state candidacy.  In a stroke of legal brilliance, Vitter's federal war-chest has contributed a cool one-hundred thousand to his hybrid federal-state Super Pac created in his honor.  With the luck of the draw, as has been his fate in life, a conservative bedrock republican federal judge in New Orleans believes first-amendment rights of that Super Pac personage trump the 10th Amendment state's rights to police the ethics and sanity of the way Louisiana seeks to conduct its own elections.  Thus, it is perfectly legal for Vitter to circumvent the state law when he launders his federal campaign dough through his now-super-duper pac with the cash hitting his state campaign wallet.

For disclosure purposes, technically, his campaign is not to coordinate with his super pac which explains how he just happened to be present for an alligator-hunt-fundraiser for him last year.

Indeed, as per our federal judge friend, this novel legal argument is kosher.  Then again, so was the Tulane Scholarship scandal Vitter vilified in his former life.

Ah, now, the dramas of the Landrieus.

US Senator Mary Landrieu seeks another chance to represent Louisiana.  Her opposition, however, have other ideas.  They see her as a liberal, pro-Obama, Louisiana-purchased, pro-Abortion heretic who must be cursed and whipped at all costs.  In an incredible gesture of credulity, they say her new assignment as the powerful US Senate Energy  Chairperson hurts Louisiana, not helps it while they kiss the new robe of Scalise the GOP 3rd.   Landrieu, has beaten the likes of Woody “Plastic baby” Jenkins and the religious right, the Suzie Terrell and George W. Bush. Her last win was her clipping former liberal-then turned conservative, Treasurer John Kennedy.

She does have serious competition. Her main opponents are the Brothers Koch's,  a few republicans led by the GOP-sanctioned candidate and former Landrieu-contributor Bill Cassidy.  Cassidy is best known as the doctor who gave birth to Louisiana Obamacare Lite.

Indeed, Landrieu's path to victory is to call up the big ships as in major Vitter supporter and GOP-bankroller, Boysie Bollinger--who knows a big boat when he builds one, or two or a few dozen.  Over the past months of political commercial summer reruns, Mary has starred in a remake of "Father Knows Best" by making her dad, former Mayor “many-moons-ago”, Maurice Moon Landrieu, as her biggest cheerleader and political sidekick.

She wants us to feel her kinder, friendlier silly-side of the Landrieu dynasty.  Just as David Vitter brought his wife and kids into our TV den hoping we would like his being henpecked by the women in the family, Mary has her own spin.  ,

She hopes daddy’s charm can give her faltering campaign some humanity, anything to take the edge off the angry masses who went through roofs after discovering they might not keep their health insurance and docs, after all.